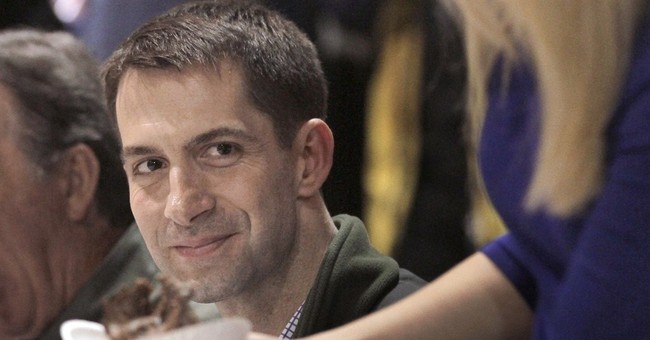 The first debate will take place this afternoon (all four candidates vying for the seat will participate), which can be viewed live on the Arkansas Educational Television Network (AETN) website at 2:00 PM CST. (According to the Arkansas Times, it will later air on the same network's television channel at 8:00 PM). Tomorrow’s debate, however, will be televised in real time across the state starting at 7:00 PM. We will watch and analyze both.

The Associated Press reports that special interest groups have poured more than $32 million into the race. It is therefore one of the most expensive and closely-watched contests in the country. And unsurprisingly, it has been marred by mudslinging and outrageous attack ads. Tom Cotton, for example, has been characterized as entitled and being pro-Ebola. Pryor, on the other hand, has been branded an Obama rubber stamp (not entirely true) as well as “weak and unsteady.”

I expect, then, both candidates will try to set the record straight and make their opponent look weak and out of touch. Interestingly, too, this is the only debate that will address foreign policy issues, according to the Associated Press. I suspect Tom Cotton, therefore, won't let this opportunity go to waste.

I’ll leave you with two new ads before the fireworks begin. The first (released by Team Pryor) takes Cotton to task for his voting record:

The second (released by Team Cotton) burnishes their guy's military service and credentials:

Be sure to stay tuned for our post-debate analysis. These are two debates you won’t want to miss.