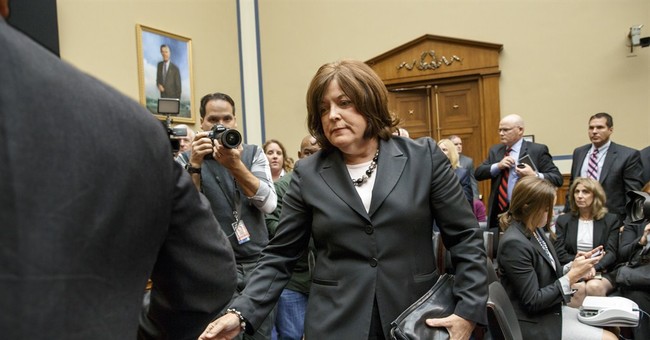 Secret Service Director Julia Pierson resigned Wednesday, a day after bitingly critical questioning by Congress about a White House security breach. There had been increasing calls for her departure during the day.

Homeland Security Secretary Jeh Johnson said she offered her resignation and he accepted it.

BREAKING: From DHS Director Jeh Johnson: "Today Julia Pierson...offered her resignation, and I accepted it."

Julia Pierson has resigned, per DHS

UPDATE: “Director Pierson offered her resignation because she believed it was in the best interest of the agency which she had dedicated her career,” White House Press Secretary Josh Earnest said shortly after the news broke. “In light of recent and accumulating reports I think there were legitimate questions [raised] in the minds of the secretary [DHS] and the president.”

UPDATE: The following is Secretary Johnson's full statement about the shake-up at the Secret Service:

Today Julia Pierson, the Director of the United States Secret Service, offered her resignation, and I accepted it. I salute her 30 years of distinguished service to the Secret Service and the Nation.

Today, I have also asked the Deputy Secretary of Homeland Security Alejandro Mayorkas, aided by this Department’s General Counsel, to assume control and direction of the ongoing inquiry by the Secret Service of the fence jumping incident at the White House on September 19. Deputy Secretary Mayorkas should complete that review and submit findings to me by November 1, 2014.

UPDATE: On Tuesday, White House Press Secretary Josh Earnest said the president "retains full confidence in the men and women of the Secret Service to do their very important work." If so, why did the Secretary Johnson (presumably at the behest of his boss) accept Pierson's resignation today?