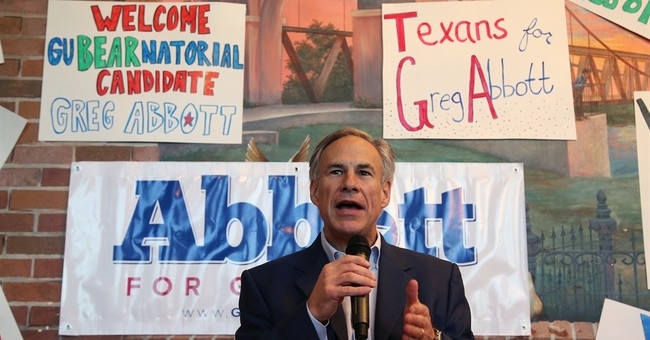 My least favorite aspect of election season, I think, is being continually subjected to negative television advertisements. And yet there’s a reason why politicians and their strategists bombard us with so many of them: namely, they impact (if not significantly alter) election outcomes, as the Obama re-election machine keenly understood.

But maybe a more effective strategy for wooing voters is doing the opposite: releasing positive and refreshing campaign spots about candidates overcoming significant hardships in their lives. Texas gubernatorial candidate Greg Abbott’s most recent offering is a perfect example. After suffering a running accident in his mid-20s, which paralyzed him from the waist down, he explained what it took for him to recover -- and become a credible and accomplished candidate for governor this election cycle:

Now, compare the ad you just watched with the first television spot his opponent, Wendy Davis, released just last month. Among other things, it’s negative, unseemly, and somewhat misleading (although, in fairness, left-leaning Politifact did rate the ad “mostly true”).

"This ad is a continuation of the type of rhetoric we've seen from a candidate who is paper-thin on substance and running a failing campaign devoid of any real vision for the future of Texas. Texans deserve better than the gutter politics they are getting from Sen. Davis.

"No one has a stronger record fighting the heinous crime of sexual assault than Greg Abbott. Not only did he create dedicated units to arrest and prosecute sex offenders and protect women and children from assault, he's responsible for putting more offenders in jail than all of his predecessors combined. In the case referenced in Sen. Davis' despicable ad, Greg Abbott's decision left intact the liability against the sex offender and his employer. No amount of desperate distortion attempts or token ad buys by Sen. Davis can change the facts of Greg Abbott's record of fighting for Texans."

At the same time, as the Houston Chronicle pointed out, the Wendy Davis campaign also ran the ad without explicit permission from the victim:

"Absolutely, it is a risk," said Allan Saxe, a political scientist at the University of Texas at Arlington.

The risk may be especially high after the Davis campaign acknowledged Friday it had not spoken with the victim before releasing the ad Thursday night.

Davis spokesman Zac Petkanas said the victim spoke out about her case at the time and he thinks a Democratic organization warned her earlier this year it may be brought up in the governor's race.

For obvious reasons, that was a gutsy call to make, albeit one Team Davis felt pretty good about.

We’ll have to see if politicizing this horrible crime without permission pays off for them.