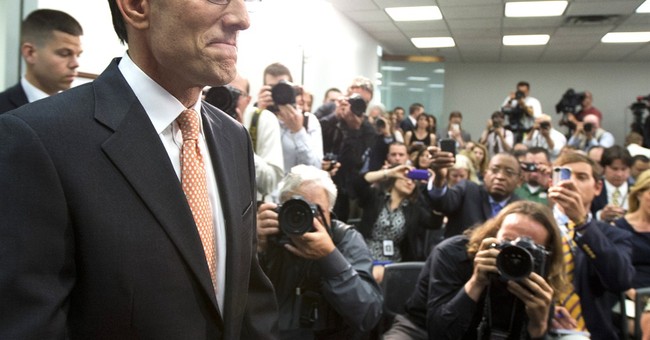 Amazingly, Congress’ job approval rating has been lower in the past -- but in terms of midterm election year polls, this is about as bad as it gets:

“In years when congressional job approval is low," the Gallup pollsters write, "there tends to be greater turnover in House membership." No kidding. And we’ve already had an early taste of how the voting public feels about Washington incumbents these days. House Majority Leader Eric Cantor, for example, got the boot last week when he lost his GOP primary; he didn’t even survive long enough to contest the Democrat in the race.

Now, there have been all sorts of theories as to why he lost -- and lost badly -- but one is surely the fact that voters are tired of Washington lawmakers, especially the ones who are disconnected and insulated from their constituents. That being said, the president’s approval rating today is exactly where it was four years ago. And you recall what happened in 2010, yes? Uh oh:

Quoth the pollsters: “Recently, Gallup found 50% of voters saying their own member of Congress deserves re-election, and 22% saying most members deserve re-election, both among the lowest Gallup has measured.” Members of Congress from both parties, then, have much to be worried about. They don't want to find themselves in Eric Cantor's shoes: namely, unemployed, taken by surprise, and wondering how they possibly could have lost.