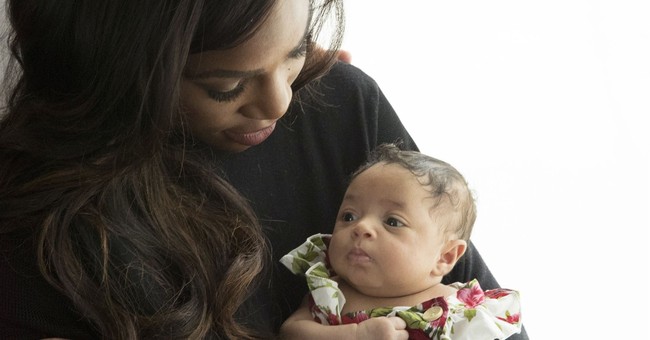 Serena Williams was the No. 1 tennis player in the world in January of last year. She had just beaten big sister Venus to win the Australian Open for a seventh time. Oh, and she did it while being 8 weeks pregnant.

It was an incredible feat. Yet, Serena's pregnancy, which obviously kept her off the professional tennis circuit for months, is now the reason she has fallen to No. 453 in the world. She is making her comeback grand slam debut at this month's French Open in Paris. But, because her maternity leave prevented her from competing for awhile, she failed to receive a seeded ranking at the tournament, meaning she'd have to play much more difficult opponents. The old rule allowed players on maternity leave to return to the tour with the same ranking, but grumblings led to a change in policy, Williams recently explained on "The View." She suggested the policy was penalizing mothers for wanting to start a family, but she accepted it, noting that it simply meant she would have to practice and train more.

"You have to be ready to play the best the first day," she said.

She added that "hopefully" the next time a player needs to take maternity leave they don't have to start so low in the rankings.

This is ridiculous. @SerenaWilliams is a formidable athlete (best ever!) and loving new mother. No person should ever be penalized professionally for having a child! The #WTA should change this rule immediately. #FrenchOpen.https://t.co/W5jQ5aEUXm

To anyone who's been paying attention to Ivanka's schedule, it was no surprise she spoke up for the tennis star. Since her dad became president, she has pursued policies that protect the family structure, including paid family leave.

#PaidFamilyLeave is not a nationally mandated benefit in the US. 46 states leave the decision up to employers. However, only 15% of workers have access to #PaidFamilyLeave at their workplaces. We need a national #PaidLeave policy to ensure #FamilyBenefits for all in our country!