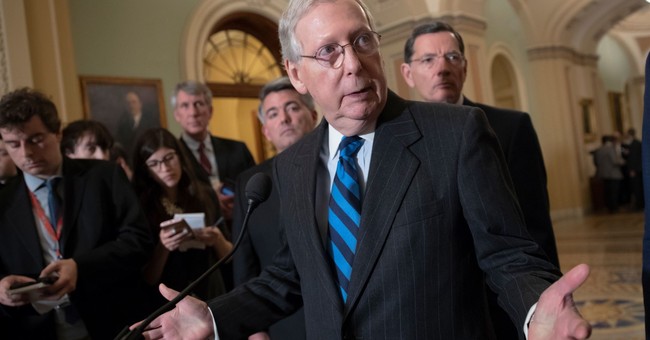 They had something else in common. All three gentleman refused to support Senate Majority Leader Mitch McConnell. One of the candidates, Blankenship, even ducked behind the podium when moderator Bret Baier asked the question.

.@BretBaier asks the candidates if they would support Mitch McConnell for Republican leader in the U.S. Senate. pic.twitter.com/AVfFvx1gWc

Jenkins qualified his answer by arguing McConnell has "not yet asked" for his support. However, Jenkins did acknowledge that the leader deserves some kudos for being able to keep an opening on the Supreme Court so they could get a conservative on the bench. McConnell "deserves a debt of gratitude" for that successful effort.

The Democrats are dealing with the same resistance. In February, the Democratic candidates in Arizona's second district were unanimous in their disapproval of the minority leader. When asked, “Will you support Nancy Pelosi for Speaker of the House?,” no one raised their hands.

The Republican West Virginia candidates are, however, flocking to President Trump, who won West Virginia by 40 points in the 2016 election. Jenkins said he will support any congressional leader who "supports" Trump's agenda.

Manchin is considered one of the most moderate Democrats in Congress, yet he has not escaped the White House's ire, especially after voting against tax reform. His approval rating is also slipping.