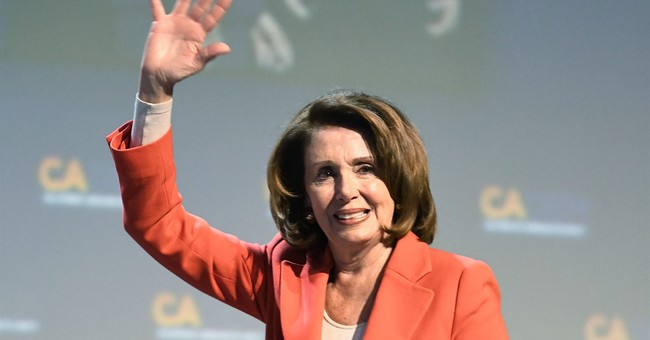 A group of Democratic candidates in the race in Arizona's second district found unanimity on at least one front in a recent panel discussion - Nancy Pelosi needs to give up her House leadership position.

“Now it is time for a lightning round,” the moderator said at one point. “Will you support Nancy Pelosi for Speaker of the House?”

None of the contenders spoke up or raised their hands - a silence which got the audience's approval. America Rising PAC captured the moment.

Democrats on Capitol Hill have begun distancing themselves from her too, especially in light of her "crumbs" comments. Despite warnings that her rhetoric will hurt them come midterm time, Pelosi continues to dismiss the employee bonuses that have resulted in the wake of GOP tax reform as insignificant "crumbs." The wealthy are getting a much better deal, she keeps claiming.

"Language is important, and we have to be very careful that we don’t insult people by saying that the amount of money they get is crumbs," Rep. Emmanuel Cleaver (D-MO) has said. "We cannot be seen as patricians."

It may be too late. Pelosi is getting heckled at town hall events, where citizens are asking her "how much" she thinks she's worth.

Meanwhile, the Tax Cuts and Jobs Act is becoming more popular by the day as Americans enjoy raises, bonuses, and just general bumps in their paychecks. As the good news keeps spreading, the tax legislation has gained 26 points in New York Times polling since December. Zero Democrats voted for it.

Instead of doing damage control, Pelosi is fanning the flames. I wonder if Democrats regret that last leadership vote?