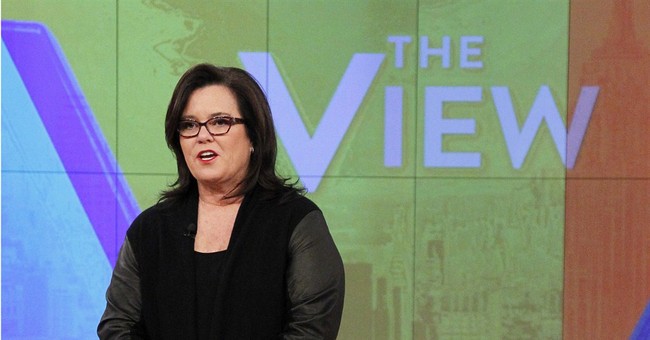 Former talk show host Rosie O’Donnell was ready to adopt her second child, until she got some unexpected news from the doctor. That’s when the birth mother, Jami Weaver, said the child was rejected.

Jami Weaver claims that the agreement fell through when she learned her unborn child was diagnosed with gastroschisis (a congenital deformity where the bowel protrudes through the abdominal wall) last summer.

'Rosie told me she could not handle having a special needs child,' she said.

Perhaps if she’d have done some research, O’Donnell would have discovered that babies with gastroschisis have a 90 percent survival rate, and the disorder can often be fixed with surgery.

Being such a public figure, O’Donnell had a real opportunity to show people that a child with special needs is of no less worth than a completely abled child. Some other high profile people, like US hockey player T.J. Oshie, did take the opportunity. Oshie’s daughter was diagnosed with the same condition, with her intestines born outside of her body. He and his wife must have been frightened when their tiny girl went into corrective surgery, but she came out just fine and is on her way to a happy, healthy life. Now, Oshie says his new little angel is even more rewarding than that game-winning goal he made in the USA versus Russia game during the 2014 Sochi Olympics.

“Lyla Grace shows up. She trumps everything.”

Governor Sarah Palin is another example of a parent who refused to give up on her child just because he was different from other kids. Her son Trig was diagnosed with Down syndrome early in her pregnancy. She admitted she was scared, yet she did not think twice about going through with the birth. In a culture in which 90 percent of children with Down syndrome are aborted, Palin's courageous and very public decision was much needed. Trig is now a 7-year-old superstar. Here’s just a small glimpse into Palin’s life with Trig:

It’s a sacrifice every parent and caregiver of a child with special needs sympathizes with. Families of children with special needs are bonded by a shared experience of the joys, challenges, fears, and blessings of raising these beautiful children whom we see as perfect in this imperfect world.

Every child comes with challenges, but every child deserves a chance.