Breaking: Pro-life Bill That Has Shuttered Dozens of Abortion Clinics Survives Another Challenge in Texas 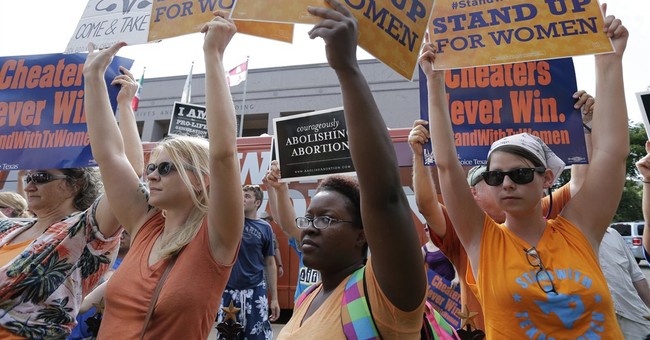 House Bill 2, legislation that bans abortions after 20 weeks and requires abortion clinics to meet the same standards as ambulatory surgical centers, has withstood yet another challenge from pro-abortion advocates. Although the state's abortion providers insist the bill is unfair to women and puts their businesses in jeopardy, a U.S. appeals court has ruled in its favor, upholding the provisions in question.

You probably first heard about HB 2 when Texas State Senator Wendy Davis launched her infamous filibuster against it in June 2013. Although she spent 12 hours talking about "women's rights," it was all for naught. The state Senate promptly passed it into law. The abortion restrictions have since shuttered almost half of the state's abortion clinics.

The opposition to the lifesaving bill didn't end with Davis's pink sneakers. HB 2 has been constantly faced with protests and lawsuits. The Center for Reproductive Rights, for instance, which promotes abortion rights, has filed two challenges against the bill. With today's news of their defeat, CEO Nancy Northup claims women are being denied their constitutional rights.

“Once again, women across the state of Texas face the near total elimination of safe and legal options for ending a pregnancy, and the denial of their constitutional rights."

Of course, one demographic Northup seems to forget, is the unborn victims of abortion.

HB 2 may have closed several physical doors, but it has opened many for defenseless children.