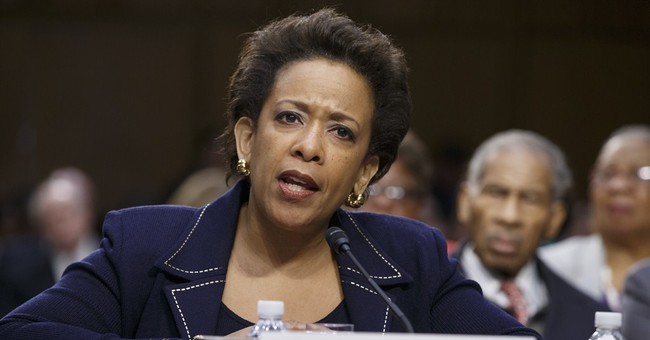 There’s a reason Senate Republicans have been hesitant to hold a vote on Attorney General nominee Loretta Lynch. Despite hunger strike threats from Al Sharpton and civil rights groups, the vote delay is not borne out of racism, but of the need to protect unborn babies. The pro-life senators' concern about Lynch was probably first piqued when she dropped this pro-abortion bombshell:

During her confirmation hearing before the Senate Judiciary Committee, Lynch admitted to pro-life Senator Lindsey Graham of South Carolina that she once signed onto a brief the Planned Parenthood abortion business submitted in its legal battle to overturn the Congressional ban on partial-birth abortions. The Supreme Court eventually sided against Planned Parenthood and upheld the ban on the gruesome abortion procedure.

Gruesome indeed. Here is the graphic description of what a partial-birth abortion looks like from Minnesota Citizens Concerned for Life:

The partial-birth abortion procedure — used from the fifth month of pregnancy and later – involves pulling a living baby feet-first out of the womb, except for the head, then puncturing the skull and suctioning out the brain.

Yet, in more evidence uncovered by CNS News, Lynch argued the ban on this procedure was “unconstitutionally vague and threatens the integrity of the criminal justice system.”

There’s nothing vague about inhumanely suctioning a baby from its mother’s womb before it’s born. This is why President George W. Bush signed the Partial-Birth Abortion Act in 2003. Although it was immediately challenged in court, it was again deemed constitutional in 2007 during the trial of Gonzales v. Carhart. The lifesaving legislation has prevented thousands of abortions so far.

America deserves leaders who will fight for the unborn. Based on the Attorney General nominee’s pro-abortion record, her nomination vote should be delayed indefinitely.