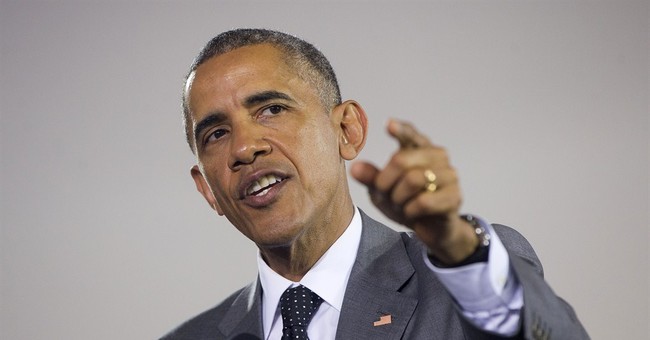 U.S. District Judge Andrew Hanen is putting his foot down when it comes to President Obama's executive action on immigration. In February, shortly after Hanen blocked the president's law, The Department of Justice sent the Texas judge a request to lift the temporary hold. Yet, the agency was just as swiftly denied.

Here's what it means:

Hanen's latest ruling confirms the status quo — that the Obama administration is temporarily barred from implementing the policies that would allow as many as 5 million people in the U.S. illegally to remain.

The president's immigration action would have taken place in two phases:

The first of Obama's orders — to expand a program that protects young immigrants from deportation if they were brought to the U.S. illegally as children — had been set to take effect Feb. 18. The other major part would extend deportation protections to parents of U.S. citizens and permanent residents who have been in the country for several years. That provision was slated to begin on May 19.

Hanen, along with Texas Attorney General Ken Paxton, was very clear in regards to why they hadn't granted the Obama administration's request.

Hanen initially ruled that the White House violated the Administrative Procedure Act, which governs the way federal policies are crafted and how much input the public gets. Texas Attorney General Ken Paxton has called Obama's action "beyond any president’s authority," and says it "would inevitably cause irreparable harm to our state, imposing hundreds of millions of dollars in costs on Texas.”

Hanen's rejection won't sit well in the White House, yet it is most welcome news in the Texas Governor's mansion. Here's what conservative Governor Greg Abbott had to say:

“Texas can claim another victory for the Rule of Law and the Constitution with the District Court’s decision to deny the President’s request to proceed with his unlawful executive action. The administration’s request had no legal grounds and proves that we are dealing with a President that disregards the Rule of Law and the system of checks and balances that are key to the Constitution."

Texas is one of 26 states that have sued the president for his executive overreach on immigration. That means a majority of the country has spoken up to let the president know they are not okay with his overstepping his authority - especially for something that undermines the fabric of a nation built on law and order.

Yet, the president seems ready to ignore the American people's wishes. His administration has asked the New Orleans-based 5th Circuit U.S. Court of Appeals, to allow the executive action to proceed. Oral arguments are scheduled for April 17.

One thing's for sure, though: Judge Hanen isn't budging.