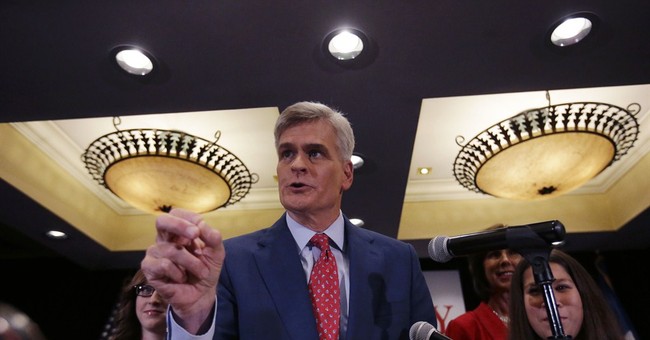 The 18-year long reign of Sen. Mary Landrieu (D-LA) has finally come to an end in Louisiana. In a landslide victory in Saturday’s runoff election, Republican Bill Cassidy defeated the incumbent and captured the ninth Senate seat for the GOP, capping off a victorious midterm election for his party. Cassidy pulled in 56 percent of the vote, to Landrieu's 44 percent.

The road was rocky for Landrieu from the start. The public found out about her improper use of taxpayer funds, then the fact she doesn’t even own a home in Louisiana. Then, she dissed her constituents. Because of all her missteps and Cassidy’s growing lead, Democrats quickly gave up on Landrieu after the general election on November 4. Now, it’s clear Louisianans have given up on her as well.

And with that, this very long midterm election is over.