It's Over: DSCC Pulls Ads For Mary Landrieu in Louisiana Run-Off 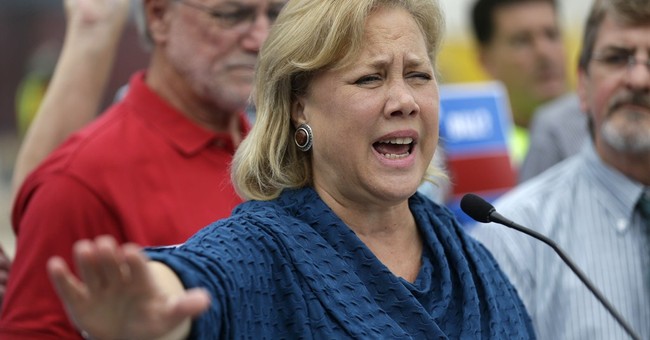 After Republicans easily clinched a Senate majority on Tuesday night, we knew the run-off election in Louisiana wouldn't go well for Democrat Mary Landrieu against her Republican opponent Bill Cassidy and now, it just got a lot worse. POLITICO is reporting the DSCC has pulled funding for television advertising in the state.

The Democratic Senatorial Campaign Committee is canceling at least some of its advertising reservations for Sen. Mary Landrieu ahead of the December runoff in Louisiana.

It makes no sense for Democrats to further invest resources in a race that Landrieu will not only likely lose in December, but a race that no longer means anything when it comes to Democrat control and power in the Senate.

I'll leave you with this from uber liberal Markos Moulitsas:

Landrieu should save everyone a lot of money and just concede now.