Have You Met...Rep. Kenny Marchant (R-TX) 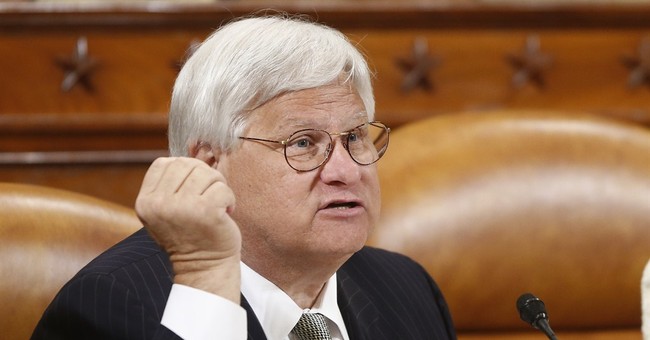 Editor's Note: This article first appeared in the September issue of Townhall Magazine.

Rep. Kenny Marchant’s childhood does not exactly suggest his was a life destined for politics.

“I was brought up in a very religiously conservative family and my summers were church camps and Bible school and then I went to a very conservative church college. That upbringing permeates pretty much every decision I make.”

With a childhood centered on church, what was it that made Marchant say, “Hey, I should enter politics”?

“I was a homebuilder in my hometown and was like the president of the homebuilding association and the cit came in and they were gonna change all the codes and make it significantly more expensive to build,” he explained. “So I kinda got involved in that and ran for the city council mainly just to make sure business had a representation on the city council. So, I started at city council and was elected mayor and all these are part time jobs so I could do them while I was raising my kids.”

Marchant then had the chance to run for state legislature, which is actually part-time in Texas. Representatives meet for four and a half months every two years, he explained. He served 18 years in that role.

By the end of this almost two-decade tenure, Marchant was still yearning for more political experience, especially with his family responsibilities beginning to wane.

“By the end, my kids were grown and out of college, and we were pretty much empty nesters. So, when I had the opportunity to run for Congress, I felt like I could do it.”

Since gaining an office in the nation’s capital, one hot button issue Marchant has leant his experience to is immigration.

“The system is broken primarily because the border’s not secure. It’s physically not secure and there’s never been enough money or assets to put on the border to seal and secure the border. All of South America feels like it’s possible to cross the border and possible to get in the United States. So, as long as that possibility is out there, and as long as they think the possibility of receiving amnesty is out there, I think we’re gonna have a continual rush to our border.”

As to how conservatives can voice the need for a secure border without sounding insensitive, Marchant insists the word “amnesty” is cruel in itself.

“I don’t think it’s sincere to say to someone, ‘You can come here, you might get amnesty.’ To hold up the hope of getting amnesty and being accepted in society. That’s not very humane. To me, that’s the tragedy that’s happening right now on the border. People on the border really do believe they’re going to come here, be accepted, get citizenship, and they’re going to achieve that.”

With liberal policies negatively affecting not only our immigration system, but our national economy, Marchant suggests Texas can and should be a fiscal model for the country.

“Any government I served in before I got here, we had to balance our budget every year. Be it city or county, or state. So that’s the number one thing that the U.S. can learn from Texas. The second thing is, being pro-business always pays off as far as helping stay self-sufficient as a government. It makes people more self-sufficient and less dependent on government. If you want to be on welfare, you don’t want to move to Texas.”

His praise of Texan policies didn’t end there.

“We are as diverse a population as any state in the union. And yet, our school system has dealt with that, our state has dealt with that. We’re much more energy independent in Texas, we export most of our energy. And believe it or not, the part-time government part of it works pretty well. That’s exactly the way the first government was organized up here. Congress was a part-time Congress, came and met for several months and went back home. It seemed to work better than constantly being in the business of passing bills writing law.”

“I have one main hobby. I have a ranch and I have about 400 cows and I spend my spare time being a rancher, and riding four wheelers and fishing and hunting. It’s about an hour from Dallas. At least one afternoon a week I try to be up there. I like to travel a lot, but I’ve traveled less since I’ve been in Congress.”

Like his state and country, however, Marchant is sure not to leave it to fend for itself for long.