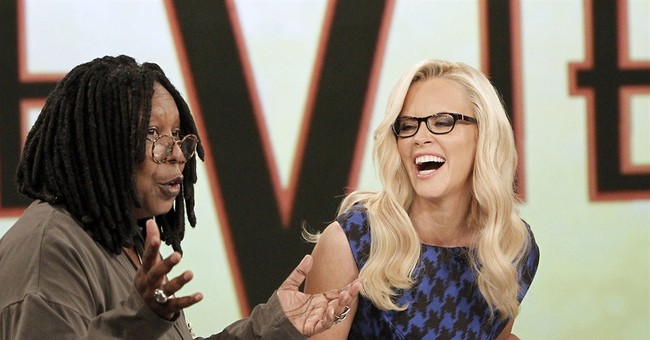 Remember when Barbara Walters said "The View" needed a conservative voice? Well, that suggestion seems to have been all but dismissed with the show's latest hire.

Bill Wolff, longtime producer of MSNBC's "The Rachel Maddow Show," is set to replace Bill Geddie at the ABC morning talk show this fall. For those of you who don't know, Rachel Maddow is one of the most liberal figures on TV. She has routinely defended President Obama on her show against the mean old media, as well as Obamacare. So, suffice it to say, her former producer's presence on "The View" does not bode well for what's left of the show's conservative audience.

When Elisabeth Hasselbeck left her place at the famous coffee table last year, she took the lone conservative "view" with her. She was routinely outnumbered and attacked by her liberal coworkers like Joy Behar and Rosie O'Donnell. Now, maddeningly, O'Donnell is returning to the show this fall, along with Whoopi Goldberg. The other seats have yet to be filled after Sherri Shepherd and Jenny McCarthy announced they were leaving as well.

To ABC's credit, this past year they have offered seats at the table to conservative personalities like Hot Air's Mary Katharine Ham, The Blaze's Dana Loesch and CNN "Crossfire" host S.E. Cupp. It would be in the best interest of ABC to hire a smart, conservative woman. Isn't the political banter what the show is all about? Who wants a Hot Topic discussion where everyone agrees and President Obama can do no wrong?

If "The View" offers more than one, maybe I"ll tune in again.