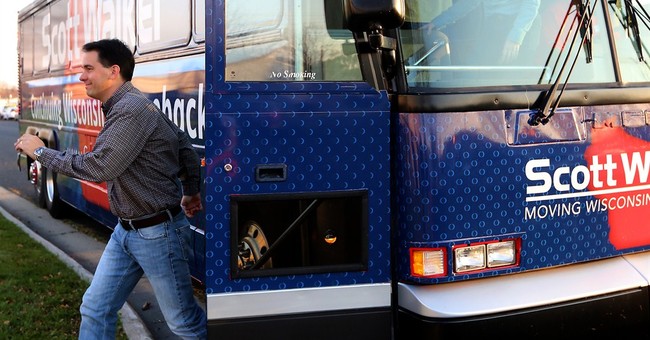 Wisconsin Gov. Scott Walker has won his re-election campaign against Democrat Mary Burke according to the Associated Press.

As of 11 PM EST, Walker led Burke 57 percent to 41 percent with 43 percent of precincts reporting.

Walker has now won three statewide elections in a span of four years in a state that President Obama carried twice.

Considering his proven ability to win in a battleground state, and his track record of fighting and winning policy battles against Democrats, Walker has to be considered a top contender for the 2016 Republican White House nomination.

Asked this September if he would commit to a full four-year term as governor, thus ruling out a White House run, Walker left the door open to higher office.

"I've never made a time commitment anywhere I've been in office," he told USA Today. "I've always made promises about what I would do and how I would do it. I'm not going to change now."