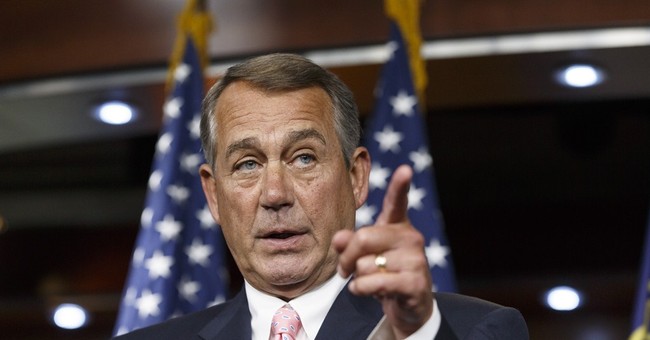 Capitol Hill conservatives are not happy with Speaker John Boehner's (R-OH) $659 million response to the unfolding humanitarian crisis at the Texas-Mexico border. They are circulating a series of memos, including the one pasted below, detailing why the Boehner bill will fail to solve the problem.

Does Not Mandate Detention

Does Not Deploy the National Guard to the Border

The House is scheduled to vote on Boehner's border bill this Thursday. With House Minority Leader Nancy Pelosi (D-CA) whipping hard against the bill, it is highly uncertain whether it will pass.