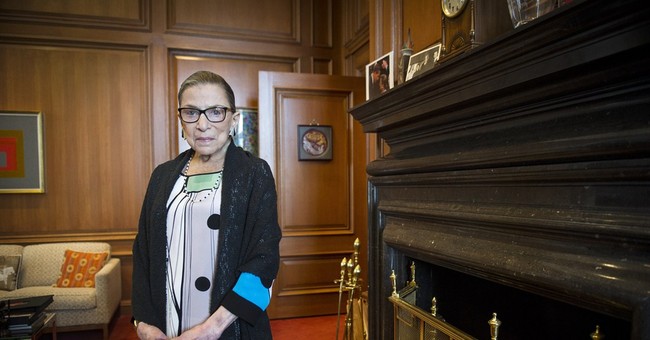 Supreme Court Justice Ruth Bader Ginsburg underwent heart surgery early this morning, and had a stent placed in her right coronary artery. She is reportedly doing well after surgery and is expected to be discharged in the next few days.

According to NBC, Ginsburg realized something was amiss during a workout session yesterday evening.

The blockage was discovered after she felt discomfort on Tuesday night, the court said. For the past few years, Ginsburg has been working out with a personal trainer at the Supreme Court gym, and a court official said she was there when she felt the discomfort.

Ginsburg, 81, is the oldest member of the Supreme Court and has been a member since 1993. She is part of the court's liberal wing.

Best wishes to Justice Ginsburg on a full and speedy recovery during the holiday season.