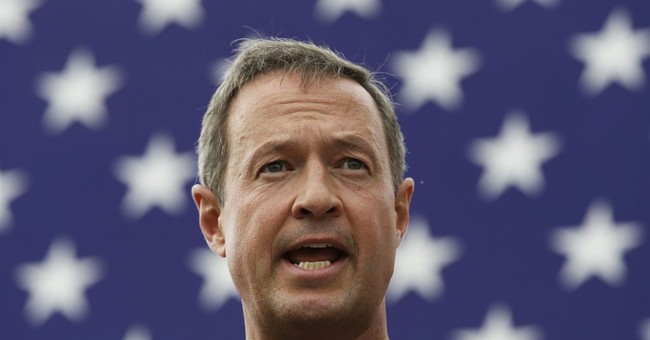 Governor of Maryland and potential 2016 Democrat presidential candidate Martin O'Malley raised eyebrows on Wednesday when he was quoted in a CNN profile declaring access to wireless internet (WiFi) as a "human right."

The quote occurred when O'Malley was discussing the "rebirth" of the American city and the skills of young people that make these changes happen. (emphasis added)

"Baby boomers and older were often told that if we specialize in terms of our skills, we will be more secure and prosperous, that the definition of 'making it" was living out in the suburbs as far way as possible with the biggest lawn possible," he said. "Young people have flipped that on its head. Younger people are choosing to live in cities. They realize that connections to each other are making us better. That WiFi is a human right. That proximity is important to entrepreneurship, access to capital and talent and diversity. There is an opportunity there for us as a nation to embrace that new perspective."

A "human right" is defined as a right that all humans possess inherently, and the United Nation's Universal Declaration of Human Rights contains a pretty broad listing of things that are generally considered to be human rights: the right to not be arrested or detained arbitrarily, the right to life, liberty and security of person, and the right to have a nationality, etc. While the U.N. did declare in 2011 that cutting off internet access in times of civil unrest was a rights violation, this isn’t happening in the United States and that is an entirely different scenario than what O'Malley apparently thinks millennials believe.

While WiFi is certainly convenient and is very nice to have, I'd put it a few notches below clean water and not being arrested on my list of things considered to be “human rights.”

Access to your fantasy football site of choice whilst at work is a human right.

It takes a special kind of stupid to claim that wi-fi is a human right. Looking at you, Martin O'Malley.