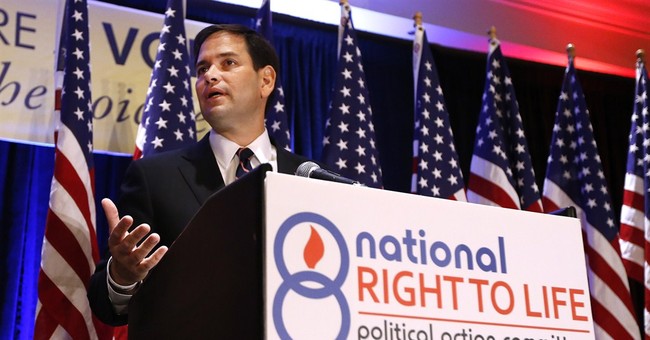 The House GOP’s American Health Care Act (AHCA) may not have overwhelming support from Republicans, but it does have the backing of two prominent pro-life groups: the National Right to Life and the Susan B. Anthony List (SBA List).

Last week, the National Right to Life Committee wrote a letter to Members of Congress, urging them to advance the Obamacare replacement bill [emphasis added]:

The National Right to Life Committee (NRLC), the federation of state right-to-life organizations, strongly supports the American Health Care Act…because it contains the following essential provisions: 1) prevents federal tax credits from being used for plans that pay for abortions, 2) preserves non-taxed employer-provided health plans, 3) postpones the "Cadillac tax" until 2025 and 4) eliminates roughly 89% of federal Planned Parenthood funding for the next year.

The NRLC also noted that they will key-vote the bill when it comes to the House Floor for a vote this week: “NRLC intends to include the roll call on passage of the American Health Care Act in our scorecard of key right-to-life roll calls of the 115th Congress.”

Similarly, the SBA List, another pro-life leader, issued its endorsement of the AHCA on Tuesday, praising the House for drafting such a pro-life bill [emphasis added]:

It [The AHCA] contains important Hyde Amendment protections that ensure taxpayer dollars are not spent to pay for elective abortions or subsidize elective abortion coverage. The bill would also re-direct mandatory funding of America’s largest abortion business, Planned Parenthood, to community health centers…[that] provide far more comprehensive health care to women. With the inclusion of these provisions, the pro-life House is sending a clear message they side with the American people and reject taxpayer funding of abortion. We thank them for prioritizing this principle and working so diligently to advance it.

The House is set to vote on the AHCA this Thursday.