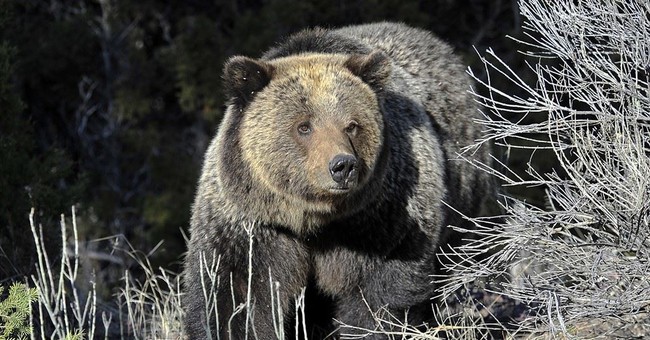 Brent, who's married to well-known hunter Eva Shockey, posted a picture of his harvest on social media. It wasn't long before anti-hunters chimed in and ridiculed him for his actions:

Alright folks, here is my Mountain Grizzly! We put an awesome stalk on him but he spotted us at about 75 yards. Instead of taking off he turned and came right at us. It was very easy to tell this boar owned the valley we were hunting in and wasn’t scared of anything! When he… pic.twitter.com/CkgybKe5Mc

Lots of you guessed it! Moose and Grizzly Bear are the 2 tags I was able to cut in the Yukon! Did you know on average a single Grizzly eats around 40 Moose and Caribou calves during each calving season?

Brent harvested the grizzly and a moose with his father-in-law in the Yukon. People, however, were more upset by the pictures of the grizzly than they were the moose.

Here are just a few of the responses Brent received:

So there was a majestic creature, minding it's own business, in it's own house. Eating fish & berries & pooping fertilizer & seeds for the future.
And you killed it.
For a selfie.
God Damn your self importance

It must have never occurred to this guy that people hunt grizzly bears for the meat, not the selfies.

Would be a lovely if a bear came in to your neighbourhood and killed you. Then got his little bear mates to take a picture of him sitting on your corpse.

Again, they're upset about the picture, huh?

I wish it had eaten you.

Wow Tim! I bet killing an animal from long range with a high powered weapon while hiding camflaged in the bushes made you feel like a man!! Grow some balls and take it on with your bare hands and you will earn some respect....until then it’s just a weak pathetic hobby!

I hope you die a very slow and painful death you are everything I hate about humanity.

I hate this image. Hate it. I hate everything it stands for. It’s cruel. It’s barbaric. It’s pathetic. If I’m being honest when I look at the smile on this guy’s face & the horrible image of the dead bear...I can’t help thinking I’d prefer it the other way around. Disgusting.

Brent responded to anti-hunters with one image that prove exactly why people in this country continue to hunt:

The hunting of grizzly bears has been controversial recently. Multiple states were set to open a legal grizzly bear season on September 1st for the first time in decades but a judge ordered a temporary injunction.

The grizzly bear was declassified in summer 2017.