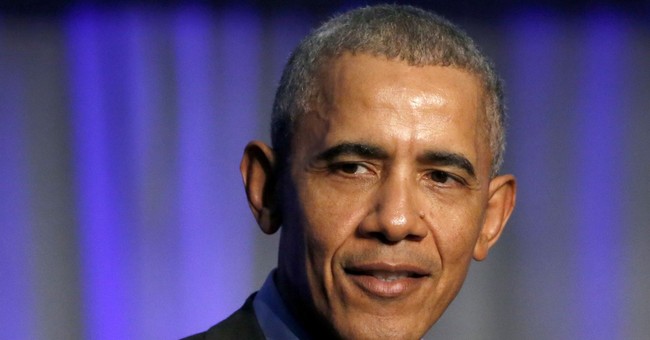 This National Gun Violence Awareness Day, show your commitment to keeping our kids safe from gun violence. Then, for everyone we’ve lost, take action to change our leadership and our laws until they reflect that commitment - no matter how long it takes. https://t.co/lraIwlQAgl

Today is National Gun Violence Awareness Day, and we're proud to be part of the #WearOrange coalition that's calling for meaningful action from Congress to #EndGunViolence. Find out how you can take action at https://t.co/kTp5dMgDgV. pic.twitter.com/KrPCHMeXi7

The link on OFA's website tells followers to take a picture of them wearing orange, use one of the "Wear Orange 2018" photo frames and then upload it directly to the Wear Orange campaign's image gallery.

Other prominent Democratic leaders participated in the movement:

Too many American children will never have the opportunity to realize their dreams because their lives were cut short by a bullet. Our kids deserve to live free from the threat of gun violence. #WearOrange @Everytown @MomsDemand pic.twitter.com/SjacOKPgVv

Why do I #WearOrange? pic.twitter.com/gKnYMuveJ4

Hadiya Pendleton was only 15 years old when she was shot and killed outside her school in Chicago. I #WearOrange today for Hadiya, for the 96 Americans who die every day from gun violence, and most importantly, to imagine a nation where we don’t accept this as normal. pic.twitter.com/kBs4UWKaOd

Today we #WearOrange for the victims of gun violence and their friends and family who live each day missing them. How many more people must die - on our sidewalks, in our schools, in our churches - before Congress has the courage to act?

During my visit to Chicago today, I couldn’t help but think about Hadiya Pendleton, whose death in 2013 inspired #WearOrange. We have a moral duty to protect American families throughout this city & the country at large from this daily tragedy. #EndGunViolence pic.twitter.com/oSKJ2FggwB

I #WearOrange today to support the millions of Americans standing with @Everytown and @MomsDemand to support common-sense solutions to end gun violence. pic.twitter.com/K639wDuxGM

And then celebrities even jumped in on the action:

My parents joined me to light the @empirestatebldg orange as part of National Gun Violence Awareness Day. #WearOrange is dedicated to honoring the lives of Americans affected by gun violence and elevating the voices of every American who demands an end to gun violence. pic.twitter.com/aqE5XgSSEB

I #wearorange today for Jaime Guttenberg. She was 14 years old when she was murdered in the Parkland shooting. Jaimie loved to dance. It’s all she ever wanted to do. Please check out https://t.co/XmS1btjFiw. We won’t stop fighting in your honor, Jaime. #NoRA pic.twitter.com/HQyX3srB0D

It’s #NationalGunViolenceAwarenessDay & I #WearOrange because 96 people are shot and killed in an average day in America & for every 1 person killed with guns, 2 more are injured. As 9-year-old Yolanda Renee King said @ #marchforourlives, “I have a dream that enough is enough.” pic.twitter.com/6tsTIDptGW

Today, I #WearOrange to give a voice to the 96 Americans who die and the hundreds more who are injured by gun violence every single day. Why do you #WearOrange?

Text ORANGE to 644-33 to find a #WearOrange Weekend event near you. @Everytown pic.twitter.com/YPDhZ7U0YM