The Rise and (Possible) Fall of a Barstool Sports Flagship Podcast 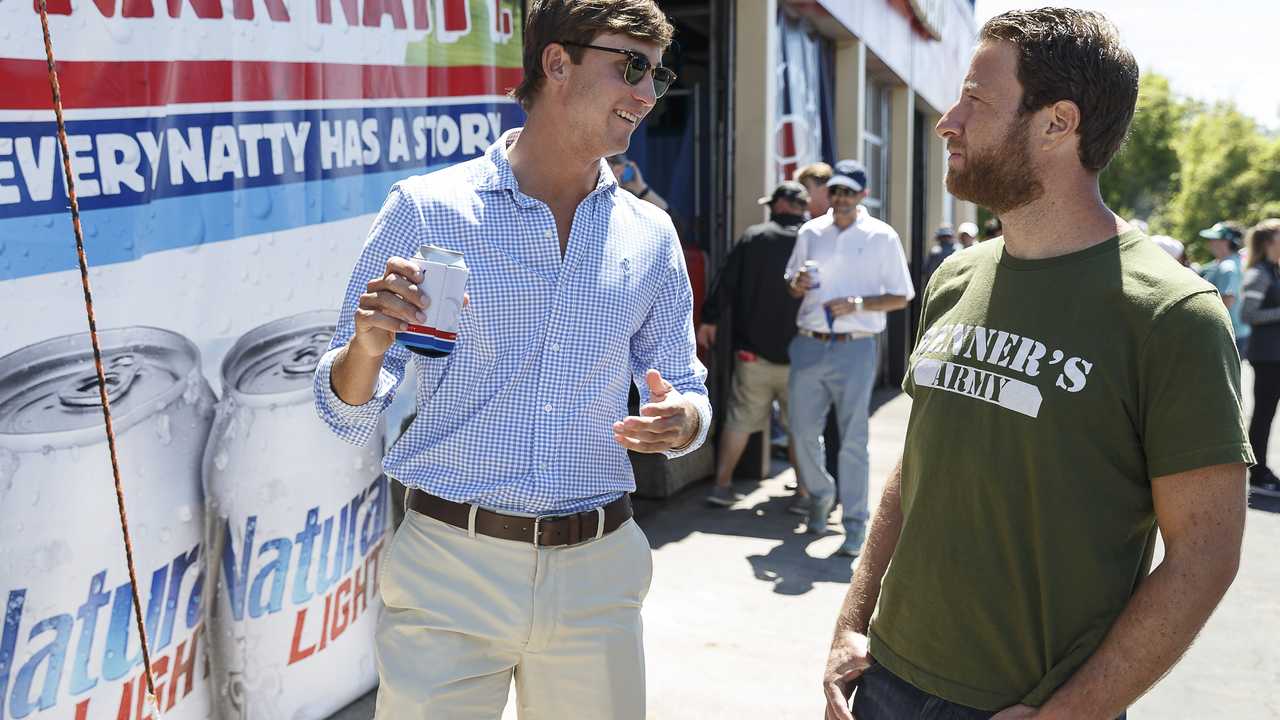 I like Barstool Sports, but I'll admit I'm not a loyal listener of the "Call Her Daddy" podcast. Nevertheless, millions are fans. It's led to cartloads of cash flowing into the company and into the bank accounts of the two hosts to the tune of $500,000 each. Well, at least for one of them. The New York Times actually had a decent profile of the office drama that has engulfed the podcast that has become one of the flagships of the Barstool media empire. Sofia Franklyn and Alexandra Cooper, both in their mid-20s, started the podcast about two years ago, described as "a raunchy podcast about sex, dating, culture, and life in New York."

Since being incorporated into the empire, Barstool gets 35 percent of its revenue from podcasts with "Call Her Daddy" being at the forefront. The two hosts have actually gone into the bunker, citing legal issues for not being able to speak out. Dave Portnoy, El Prez, doled out a lengthy video about all the behind the scenes antics about this podcast, in which he alleges the two hosts have become greedy, despite being offered a contract of $500,000, plus incentives that could soar potential earnings into the millions of dollars. The Times added that some fans felt betrayed, as the two hosts portrayed themselves as broke millennials, while others hoped the two could come together and work things out. The rest of the piece is about the balancing of one's interests in this world of media influencers, where some of these folks can make tens of thousands of dollars, based on the following they have, per post on platforms like Instagram. Are they being smart? Are they being greedy? Is it better to go out alone? Time will tell. As of now, it seems like Cooper might come back, but Franklyn might want to branch out with her own show within the Barstool orbit (via NYT):

The last time anyone heard from the two “Call Her Daddy” hosts directly was on April 8, when they uploaded an episode with the cryptic subtitle “Kesha… The End.” Then, the podcast’s feed went dark.

Dave Portnoy, the Barstool Sports founder and president, posted a 30-minute tell-all episode to the “Call Her Daddy” podcast feed, calling Ms. Franklyn and Ms. Cooper “unprofessional, disloyal and greedy” before revealing the full details of his side of the messy contract dispute.

According to Erika Nardini, the C.E.O. of Barstool, more than 35 percent of Barstool’s revenue now comes from the company’s podcast business, and “Call Her Daddy” was a crown jewel. Mr. Portnoy said the company was losing $100,000 per missed episode and said that he offered the hosts a guaranteed base salary of $500,000 a year, plus bonuses, among other incentives that he estimated would ultimately net them millions, to return to the show.

When “Call Her Daddy” started, Ms. Franklyn and Ms. Cooper were relatively unknown. Now they have about one million followers on Instagram each and wield a wide and loyal audience online. To Barstool Sports, however, they were simply employees.

“We’re entering a period where creators are business owners and media brands of their own. They can’t just be seen as employees,” said Jordi Hays, a digital strategist who works with online creators in Los Angeles. “The tools are available to them to become founders and C.E.O.s of their brand, and develop businesses with multiple powerful revenue streams like merch, ad sales and subscription revenue.”

This isn’t the first time high-profile internet creators decided their media company wasn’t working for them anymore and decided to forge out their own. In 2016, a slew of employees of BuzzFeed Video left to become full-time YouTubers. Scott Rogowsky went through extensive complex contract negotiationsafter HQ Trivia minted him as a star.

And Tfue, an elite Fortnite player, sued FaZe Clan, a gaming content collective, in 2019, to escape what he considered an exploitive contract. “The time is now for content creators, gamers and streamers to stop being taken advantage of through oppressive, unfair and illegal agreements,” he wrote in the suit.

While most traditional publishers and media brands would balk at litigating a contract dispute in public, Mr. Portnoy and Barstool Sports have proven themselves adept at leveraging online attention in their favor.

“A lot of companies would try to sweep this under the rug and put out a press release, but in this new world of media where these people are huge personalities, people expect transparency,” Mr. Robbins said. “This is a Barstool gold mine. They want these story lines. They can now create these competing podcasts between the ‘Call Her Daddy’ hosts, and I have no doubt that both would do really well.”

Knives out, huh? Mr. Robbins refers to Blake Robbins of Ludlow Ventures, who The Times interviewed for their piece. Even if you're not a podcast listener, it's a bit interesting to see how these contracts are brought up. Robbins added that you get to see how the sausage is made with this internal dispute.

"Dave and Barstool clearly do bring something to the table, because they're making this one of the most talked-about things in pop culture," he said at the end of the piece.

It appears that either way, everyone makes money from this little kerfuffle. It may lead to some hurt feelings, maybe even betrayal, but people are still going to get paid after the dust clears. It's quite the gig, that's for sure.