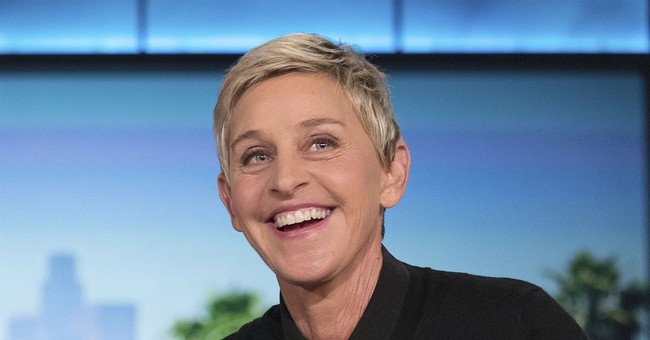 "How was everybody's summer? Good? Mine was great," Ellen DeGeneres said sarcastically in her first monologue for the new season of her talk show. "Super terrific!" she added as she put two thumbs up.

After introducing her virtual audience, DeGeneres got right to it.

"As you may have heard, this summer there were allegations of a toxic work environment at our show and then there was an investigation," the talk show host said. "I learned that things happened here that never should have happened. I take that very seriously. And I want to say I am so sorry to the people who were affected. I know that I am in a position of privilege and power and I realize that with that comes responsibility. And I take responsibility for what happens at my show."

Over the summer, former employees of "Ellen" reported workplace harassment in many forms, including bullying, sexism and racism.

"We have made the necessary changes," DeGeneres promised. "And today we are starting a new chapter."

As the summer controversy unfolded, Ellen's own temperament was called into question

"Being known as the 'be kind lady' is a tricky position to be in," DeGeneres joked. "The truth is I am that person that you see on TV."

But, she added, what the audience doesn't see is her off camera struggles. "I am a work in progress," she admitted, especially when it comes to her "impatience."

"I've played a straight woman in movies," she continued. "So I'm a pretty good actress. But I don't think that I'm that good that I could come out here every day for 17 years and fool you. This is me. And my intention is to always be the best person I can be."

Above all, she said she wants the 270 people who work at "Ellen" to be proud to work there.

"I still want to be the one hour a day that people can go to escape and laugh," before saying she's committed to making No. 18 the best season they've ever had.

Not everyone shared her high hopes. Former employees told BuzzFeed that Ellen's apology missed the mark and this was the wrong time to try and sprinkle in some humor.

“Not only did Ellen turn my trauma, turn our traumas, into a joke, she somehow managed to make this about her,” a former employee said.

"When she said, ‘Oh my summer was great’ and that was supposed to be funny I thought, ‘It’s funny that you had a rough summer because everyone was calling out all of the allegations of your toxic work environment and now you’re the one suffering?’” another said.