'Ellen' Being Investigated for Workplace Harassment 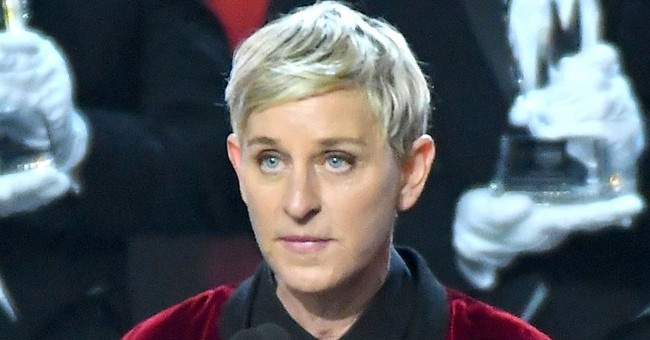 Ellen DeGeneres has won several Emmys for her daytime talk show over the years. Its popularity stems from her clean cut jokes, fun interviews and, of course, the dancing. But a new report suggests that the story behind the scenes is much darker. Former employees of the show, who asked to remain anonymous, told BuzzFeed that they experienced a very toxic environment, one that included rampant racism, sexism and intimidation.

BuzzFeed News spoke to one current and 10 former employees on The Ellen DeGeneres Show, all of whom asked to remain anonymous, fearing retribution from the award-winning NBC daytime talk show and others in the entertainment industry. They said they were fired after taking medical leave or bereavement days to attend family funerals. One employee, who claims she was fed up with comments about her race, essentially walked off the job. Others said they were also instructed by their direct managers to not speak to DeGeneres if they saw her around the office. (BuzzFeed)

One former employee, who claims she was the victim of racial prejudice, has one of the most alarming testimonies. When she was first hired, she says that a senior-level producer told her and another black employee, “Oh wow, you both have box braids, I hope we don’t get you confused.” Another time, at a work party, she said that a leading writer told her, “I’m sorry, I only know the names of the white people who work here."

Others claim that Degeneres herself is to blame for the toxic work culture.

"Phony, toxic, hypocrite, liar," is how Hedda Muskat, a former show producer, described Ellen in an interview with "Inside Edition." Muskat, who started working on the program right when it began in 2003 and was let go in 2004, said that DeGeneres created a "stressful" environment where people were "walked on eggshells all the time." She recalls at least one disturbing incident when executive producer Ed Glavin was screaming at the crew during a production meeting, and Ellen just stood by and laughed and called him her "attack dog."

"As a host she's amazing," Muskat said. "As a host. But as a boss, and someone who's behind the scenes running the show, she's a different person. She's not the person people see in front of the camera."

In a joint statement to BuzzFeed News, Glavin and his fellow executive producers Mary Connelly, and Andy Lassner said they take the stories of the employees "very seriously."

"Over the course of nearly two decades, 3,000 episodes, and employing over 1000 staff members, we have strived to create an open, safe, and inclusive work environment," they said. "We are truly heartbroken and sorry to learn that even one person in our production family has had a negative experience. It’s not who we are and not who we strive to be, and not the mission Ellen has set for us."

They added that the day-to-day responsibility of the Ellen show is "completely" on them, trying to clear her of any misdeeds.

DeGeneres recently wrote an apologetic letter to her staff.

“On day one of our show, I told everyone in our first meeting that ‘The Ellen DeGeneres Show’ would be a place of happiness — no one would ever raise their voice, and everyone would be treated with respect. Obviously, something changed, and I am disappointed to learn that this has not been the case,” she wrote.

“I could not have the success I’ve had without all of your contributions. My name is on the show and everything we do and I take responsibility for that. Alongside Warner Bros., we immediately began an internal investigation and we are taking steps, together, to correct the issues. As we’ve grown exponentially, I’ve not been able to stay on top of everything and relied on others to do their jobs as they knew I’d want them done. Clearly some didn’t. That will now change and I’m committed to ensuring this does not happen again."

Several of Ellen's celebrity friends have begun speaking out on her behalf.

I haven’t spoken with @TheEllenShow and can only speak from my own experience. She & her team have only treated me & my team w/ respect & kindness. She never pandered to celebrity which I always saw as a refreshing honesty. When things aren’t right she handles it and fixes.

1/2 I know I can’t speak for anyone else’s experience besides my own but I want to acknowledge that I have only ever had positive takeaways from my time with Ellen & on the @theellenshow. I think we all have witnessed the light & continual fight for equality that she has brought

2/2 to the world through her platform for decades. Sending you love & a hug, friend @TheEllenShow ??

Kevin Hart, who knows what it's like to have a fanbase turn on you, also defended the host.

It’s crazy to see my friend go thru what she’s going thru publicly. I have known Ellen for years and I can honestly say that she’s one of the dopest people on the fucking planet. She has treated my family and my team with love and respect from day 1. The internet has become a crazy world of negativity....we are falling in love with peoples down fall. It’s honestly sad...When did we get here? I stand by the ones that I know and that I love. Looking forward to the future where we get back to loving one another....this hate shit has to stop. Hopefully it goes out of style soon....This post is not meant to disregard the feelings of others and their experiences....It’s simply to show what my experiences have been with my friend. Love you for life Ellen...

Despite the controversy, The Ellen Degeneres Show is gearing up for its 18th season in September.