More of This Please: Denzel Washington Peacefully Mediates Between Cop and Homeless Man 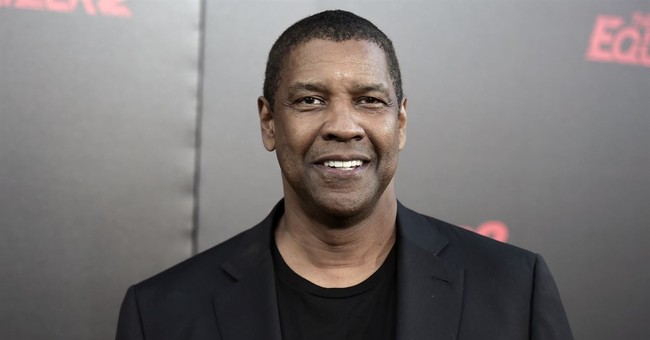 As Minneapolis and several other major cities burn in the aftermath of the police death of African American man George Floyd, a peaceful confrontation transpired between a cop and a citizen over the weekend in Los Angeles. And it stayed peaceful in large part thanks to an A-list actor.

Last Thursday, a homeless man was wandering in the middle of a busy intersection in LA when he was rescued and corralled by Oscar winner Denzel Washington. The police later arrived, and Washington helped to cool things over with the man and the police. The interaction was caught on film.

Denzel Washington saw a commotion in West Hollywood with cops and an unarmed distressed homeless man. He got out of his car and served as a barrier between the man and the police — helping to diffuse a tense situation. This man was arrested safely.???? pic.twitter.com/4UyYdX1vT6

“Mr. Washington called police after observing a homeless individual in the roadway,” LAPD Officer Drake Madison explained on CNN. “When officers arrived, they detained him without incident, evaluated him for a possible 5150 hold, contacted our Mental Evaluation Unit, and ultimately determined he did not meet the criteria. He was released at the scene. "

Not only did Washington help defuse the situation, but according to the LAPD, he also sent the homeless man off with a face mask and some food.

This moving exchange in LA is especially powerful in the aftermath of the police killing of George Floyd in Minneapolis. Floyd was unarmed when police accosted him, yet the four officers involved violently subdued him, with the arresting officer, Derek Chauvin, pressing his knee against Floyd's neck on the ground for several minutes, even after Floyd's body had gone still. It has ignited passions all over the country, and, unfortunately, in some places that emotion has led to more violence.

Mr. Washington, thank you for demonstrating how the relationship between police and the community can be amicable.

Want 2 know what really happened with #DenzelWashington and the #LAPD last week while he was being a #goodsamaritan ? Get the real story : this is how an encounter with the cops is supposed to end #turnyourclicksintocash pic.twitter.com/Vcy2ybq9tk