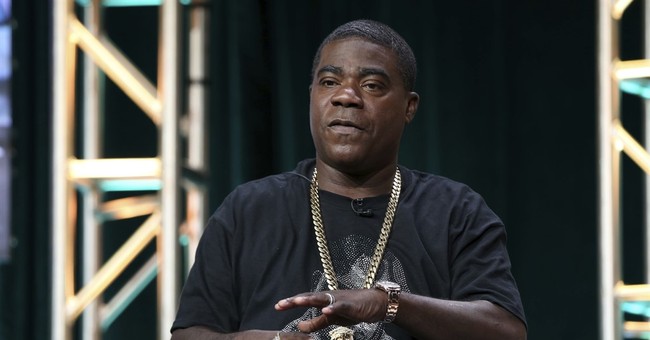 Comedian Tracy Morgan joined the growing gaggle of celebrities to distance themselves from "Empire" actor Jussie Smollett. In an interview with the "TODAY" show that largely focused on his nearly fatal car accident in 2014, Morgan took a few moments to offer his thoughts on the controversy that has been clouding Chicago.

“I just thought what he did was wrong... that right there wasn’t a good move.” @RealTracyMorgan on Jussie Smollett pic.twitter.com/8PGBkrUs7j

"I just thought what he did was wrong," Morgan said in an interview on NBC's "TODAY" Tuesday morning.

"People could get hurt," he continued. "How are Chicago police going to respond to those types of calls anymore?"

Smollett reportedly filed a false police report in January alleging he had been attacked by two racist and homophobic President Trump supporters. The ambush sounded horrid. The men, according to the actor, had yelled slurs at him, poured bleach on him and tied a rope around his neck. After a lengthy and costly investigation, Chicago PD concluded Smollett had made up the account, down to the part where he sent himself a threatening letter to make himself look like a victim. Police superintendent Eddie Johnson said at the time that the alleged hoax "pissed everybody off." Not only did Smollett cost the city precious resources, but he singlehandedly may have made it harder for real hate crime victims to approach the authorities.

"That wasn't cool," Morgan said. "It just wasn't an OG move. That right there wasn't a good move."

Morgan wasn't quite as biting in his criticism as fellow comedian Chris Rock, who defied the NAACP Image Awards rules this weekend to avoid Jussie Smollett jokes. Instead of heeding that advice, Rock ripped Smollett for his alleged Chicago stunt and told him, "You ain't getting no respect from me!"