As We Hurdle Toward Recession, Can Right and Left Populists Agree?

Young Voices Contributors
|
Posted: Jun 03, 2020 12:01 AM
Share   Tweet
The opinions expressed by columnists are their own and do not necessarily represent the views of Townhall.com. 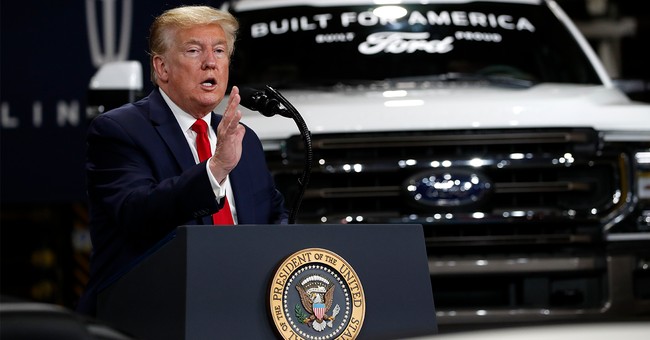 Editor's Note: This post was authored by Ethan Lamb.

The past four years have been those of the populist. We’ve seen President Donald Trump and Senator Bernie Sanders usher in two political camps, united by an emboldened populist ferver. The two movements, now representing a growing contingent of both the Democrat and Republican bases, emerged as responses to the neoliberal consensus that followed the Cold War. And even with the failure of Sanders’ campaign for the Oval Office, there’s good reason to believe that these camps are here to stay.

What with the growing consensus on anti-elitism, foreign policy and economic matters, it’s worth asking whether a coalition between these two groups is workable. As we head into what will likely be a daunting economic recession, it’s, perhaps, more important than ever.

What unifies the two ideological camps most principally is their disdain for the upper echelons of society—the one percent of Americans they perceive as self-indulgent and out of touch with the plight of working-class Americans. Indeed, it’s why populists are generally at odds with their own parties.

Progressives see Democratic leadership as an institution that methodically thwarts progressive issues and candidates, promising barely enough to keep them in the party. They see a party that employs progressive mantras when it’s politically expedient to do so, while jettisoning them once they become discordant with the DNC’s political ambitions, as evidenced by the party’s double standard on the “believe all women” issue when an allegation implicated their presumptive presidential nominee Joe Biden.

Populist conservatives, too, resent the disingenuousness that has beset Washington in recent decades. They see Reagan-era conservatism as distinctly unfit for this political moment and derisively dismiss classical-liberalism and free-enterprise, two pillars long underpinning the Republican party. This group is disillusioned with international arrangements that, in their eyes, have been uniquely injurious to the American Middle Class.

As a remedy, conservative populists want to tear out these foreign entanglements root and branch. In early May, for instance, Senator Josh Hawley—a spearheader of the movement—penned an op-ed in the New York Times calling for the World Trade Organization to be abolished.

But while both populist groups lament a nefarious political class as an key obstacle to their agenda, their differences are likely too pronounced to form any sort of functioning coalition. Set aside the other cultural divergences between these two groups, their conception of work and how that should be operationalized is the factor that makes the two groups ultimately irreconcilable to one another.

Oren Cass, arguably the economic leader of this conservative-populist movement, recently launched a new organization called “The American Compass,” dedicated to reimagining conservative economic policy. In Cass’s eyes, work is distinct from GDP growth and should be the new organizing principle for the conservative movement. Work, he says, is necessary for replenishing communities and creating strong families. Cass seeks to treat work as a positive externality and subsidize it accordingly. At the top of his priority list, unsurprisingly, is rebuilding America’s domestic manufacturing capacity.

This shift in the conservative movement is especially noticeable in their leaders’ voices. To pick on Hawley again, he often mentions the “American worker” when explaining his heterodox positions. And Carlson has gone so far as supporting a ban on autonomous vehicles, as it would displace a few million workers.

The progressive left, however, views work in a much different light. For progressives, work—in the absence of a larger political project—is alienating and exploitative. From philosopher Karl Marx to progressive Congresswoman Alexandria Ocasio-Cortez, work detracts from our meaning and human dignity, rather than safeguards them. In progressives’ eyes, work can only be dignified if it is a part of a larger societal reconstruction—which is why it is often only talked about in broader contexts like the Green New Deal.

This profound disagreement can be easily discernible by asking one question: Would progressives elect to materially improve the economic vitality of the middle class if it meant sacrificing on another key priority—say, academia or environmental standards? It’s doubtful that progressives would take that offer, though it’s likely they would label that a false choice.

This divergence plays out in real time, too. Upon hearing the news of plunging oil prices, AOC wrote “you love to see it!” and expressed enthusiasm about a future worker-led green infrastructure project. To this, Carlson offered a rejoinder, pillorying her for her derision toward the millions of workers in the oil industry, for all of whom this news was devastatingly bad.

The divide is especially noticeable in the debate of whether to reopen the economy (and how fast). Conservative populists like Carlson believe that it’s unsympathetic and imprudent to prevent people from working, even amid a global pandemic. Meanwhile, AOC believes it’s cruel and unsympathetic to subject workers to the current conditions, and has even advocated for low-income workers to boycott work amid the loosening of lockdown orders.

There are attitudinal and substantive similarities between both sides of the populist spectrum, arguably more than ever before. It’s only natural to suspect a coalition to emerge, especially in the aftermath of a crisis. Some, like Krystal Ball and Saagar Enjeti in their new book, The Populist's Guide to 2020: A New Right and New Left are Rising, have expressly made that case. This isn’t to suggest that the two factions can’t work together on issues like military engagement or antitrust, but it’s hard to imagine any long-term consolidation between these two camps—particularly when their values are oh-so-achingly disparate.

Ethan Lamb (@realethanlamb) is a Young Voices contributor and a law student at Georgetown University.