Keep Youth Out of Solitary Confinement

Young Voices Contributors
|
Posted: Jul 19, 2017 12:01 AM
Share   Tweet
The opinions expressed by columnists are their own and do not necessarily represent the views of Townhall.com. 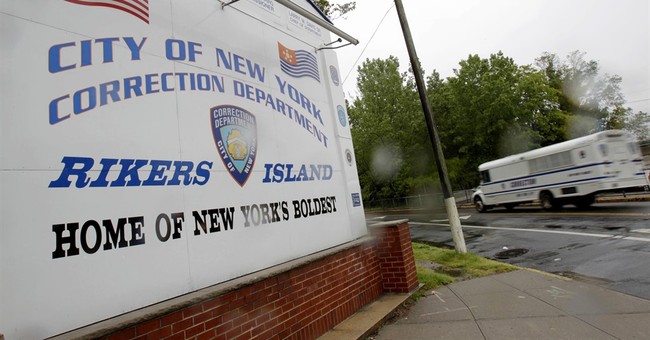 Editor's Note: This column was written by Brian Bensimon.

On June 6, 2016, at 12:15 PM, the mother of Kalief Browder found her son hanging by a bed sheet in his bedroom. Browder, who was released from Rikers Island just two years prior, committed suicide at the age of 22.

In 2014, The New Yorker had chronicled the injustice of Browder’s story. The case is undeniably tragic. Browder allegedly stole a backpack and was sent to the adult facility of Rikers Island at the age of 16. During his three years at the facility, nearly two were spent in solitary confinement. Browder never faced a trial, yet alone a criminal conviction.

Browder was soon confronted with the harsh realities of total isolation. His cell did not have air conditioning, and with the notable exceptions of going to the shower or the recreational facility, he spent nearly 24 hours a day there.

Browder attempted suicide several times over the duration of his stay at Rikers. Despite pleas against further stays in solitary confinement, he returned time and time again. Browder’s first stay was two weeks, his second ten months, and his third lasted for a few months. After spending nearly 600 days at Rikers, on February 8, 2012, Browder attempted to hang himself using bed sheets attached to a light fixture. Browder was returned to solitary confinement after being taken to the clinic.

Upon release, Browder was at least able to complete a semester of school at Bronx Community College, as former President Barrack Obama detailed in an impassioned op-ed, but as Jennifer Gonnerman wrote in the original New Yorker article, the young man was never  the same  after returning to society.

During his period of reentry, Browder battled crippling social anxiety, and he often preferred solitude in his room than socialization with friends. Browder would suffer “ongoing flashbacks, depression, paranoia and hallucination” which were all common symptoms of post-traumatic stress disorder. These symptoms resulted in Browder’s eventual suicide.

Leading mental health professionals widely acknowledge that solitary confinement of children contributes to stunted development and even causes permanent brain damage. The American Academy of Child & Adolescent Psychiatrists have stated their opposition to the practice. An assessment provided by the Juvenile Detention Alternatives Initiative suggested that a “juvenile be placed in solitary for no longer than four hours.”

The American Civil LIberties Union (ACLU) has illustrated that the practice of subjecting children to prolonged periods of isolation results in profound psychological harm. It is not uncommon for adults to experience “hypersensitivity to stimuli, perceptual distortions and hallucinations, increased anxiety and nervousness, revenge fantasies, rage, and irrational anger.” It easy to see why these effects might be exacerbated for youth who are subject to the same punishment because human brains are not developed until their early twenties. The part of the brain responsible for decision-making and impulse control, the prefrontal cortex, is the last region of the brain to do so.

The justice system ignores this reality and continues to place children in prolonged isolation. The use of solitary confinement in New York jails is widespread. A 2013 report found an increase in solitary confinement-beds by 60 percent in just a six-year span, with nearly 27 percent of the juvenile inmates housed in solitary. It is hard to imagine any other area of society where we would favor isolation over non-isolated treatment, and yet this is the system we have in place for at-risk youth who will one day return to society.

The statistics indicate that Browder’s story is not a unique one. According to research by the Department of Justice, “more than 50% of the suicides of children detained in juvenile facilities occurred while young people were isolated alone in their rooms” and “more than 60% of young people who committed suicide had a history of being held in isolation.”

It is clear that our system, through stories like Kalief Browder’s and the available empirical work on the subject, fails in its promise to deliver juvenile justice. Prolonged periods of isolation without supervision have no place in an effective criminal justice system, which should prioritize rehabilitation and human interaction. The story of Kalief Browder gives us fair warning - a system that allows for total isolation through solitary confinement can and will result in the loss of life.

Brian Bensimon is a student at the University of Texas at Austin.  Brian is also a current Koch Fellow with Conservatives Concerned About the Death Penalty and has been featured in American Thinker, Fox Nation, and the Austin American-Statesman.