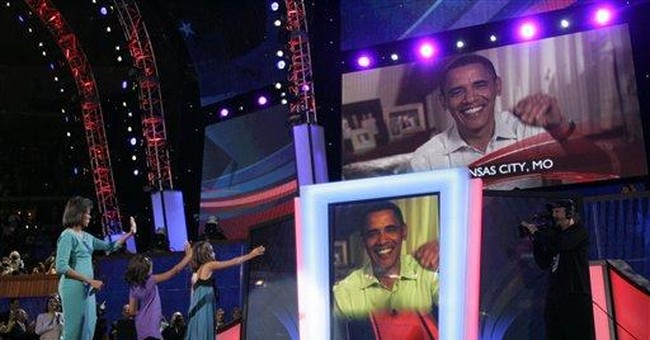 The shell game was a favorite of con men and charlatans of past eras. Using the tricks of diversion and fast-talking and faster hands, they would relieve poor unsuspecting marks of their money in seconds flat.

Barack Obama must have seen these scams on the mean streets of Harvard or the pathways around the Ivory Tower of University of Chicago Law School, because he sure does have the con down pat.

Today he released his economic stimulus policy proposals. They are the very definition of a shell game: getting the public to look one way while he lifts their wallets and leaves them worse off than before.

One of the core elements of the Obama Plan is a $50 billion “job stimulus package.” Sounds great, right? To be sure, some economists believe a recession has already begun. Friday's jobs data marked the seventh straight month of job losses, bringing the total decline to 463,000 so far this year. Still, Senator Obama wants to “create jobs.” So where does he propose to send the $50 billion—the $50 billion we will have to borrow and go even deeper in debt to fund?

Well, that’s where the tricky part comes in. First, he wants to send half the money to state governments that have big budget shortfalls. How does that create jobs? you might ask. Simple. The money would bail out spend-thrift state governments that have saddled themselves—and the taxpayer—with ridiculous and wasteful public employee union contracts. Remember, nearly half of all money spent by the states goes to fund education. And education has become a bottomless pit of spending to appease the radical NEA teachers union.

Instead of making the states deal with the excess, waste and rampant fraud, Obama wants to help them avoid the necessary harsh medicine. No, don’t reduce the number of employees. Don’t even think about looking at programs and entire departments that serve no legitimate purpose. Just put the bill on Uncle Sam’s maxed-out credit card and keep the union thugs happy. After all, they are busting their butts to get Obama elected. So, how can we expect them to spend any time trying to make government more efficient?

The other half of the money would be used to “invest in our national infrastructure” including “repair our crumbling schools.” Now, who do you think is going to get these contracts worth $25 billion? Unions. Let’s not even consider the building binge education has been engaged in for the past ten years. Or the palaces that now serve as local government offices. As long as all-union contractors get the deals, union bosses get fat off more forced dues, politicians get all the “donations” from contractors and unions they feel they deserve—and, all is right with their world.

A quick reality check shows just exactly what this sham stimulus proposal is—a blatant payoff to the unions who are working 24/7 to get Obama in the White House. These shameless payoffs do nothing to correct the mess we are in; they only make it worse. And to top it all off, we hapless marks are supposed to smile and be happy that Big Brother is taking care of us.

Watch for more Shell Game cons. There are sure to be coming. Just don’t follow the action too closely and spoil the con.