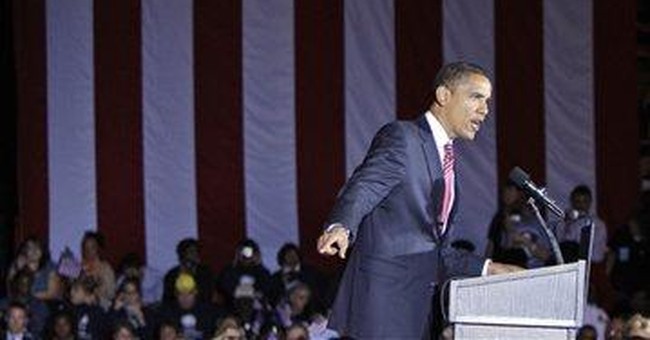 When all is said and done, every voter must decide which of two (it is usually two) candidates to vote for. For many people, it's easy: "Vote for the Democrat" or "Vote for the Republican." And there's nothing wrong with that: The two major parties have established positions on a broad range of issues, and people who agree with these can conscientiously vote for the candidate of the party whose positions they prefer.

But some people, faced with the selections of the two parties for the presidency of the United States, will feel obliged to examine the candidates more closely and more personally. What are they like, simply as human beings? There's nothing wrong with this, either. It isn't necessarily more virtuous than voting for a candidate on the basis of his party affiliation; rather, it tends to reflect a conviction, on the part of the voter, that he or she may have qualifications (or disadvantages) that simply outweigh party affiliation.

So let's look at the qualifications of the candidates, independent of their parties. What do we know about John McCain?

We can hardly plead ignorance. He is 72 and has been in the United States Senate for 22 years. Born in the Panama Canal Zone, he graduated from the Naval Academy in 1958 and from the National War College in 1974. He is an Episcopalian and married. The son and grandson of Navy admirals, and a decorated Navy pilot himself, he volunteered for service in Vietnam. Injured in a flight-deck explosion on the carrier USS Forrestal, he declined to return home, and in October 1967, was shot down over Vietnam. He spent 5-1/2 years as a prisoner of war, refusing an earlier release offered because of his father's rank. Home at last, he was elected to an open House seat in 1982, re-elected in 1984, and then went to the Senate.

In the Senate, McCain's record puts him squarely among the Republican "moderates." The liberal Americans for Democratic Action him rated him at 15 (in 2006) out of a possible 100. The American Conservative Union, in the same year, scored him at 65. His specialties, not surprisingly, have been defense and foreign affairs. Over the years, he has been particularly active in the field of campaign-finance reform. He has strongly supported our military efforts in Afghanistan and Iraq.

As for Barack Obama, he is 47 and has been in the Senate for four years. A graduate of Columbia (Bachelor's), he worked for three years as a community organizer in Chicago and then attended Harvard Law School, where he graduated magna cum laude and was the first black president of the Harvard Law Review. He married a fellow Harvard Law graduate, then became a lecturer at the University of Chicago law school. He is a member of the United Church of Christ. After serving eight years in the Illinois State Senate, from 1996 to 2004, he was elected to the U.S. Senate.

There, Obama's record has been broadly liberal. Americans for Democratic Action award him 95 points out of 100; the American Conservative Union rates him at 6. In November 2005, he called for a phased withdrawal from Iraq, starting in 2006. But he has also generally worked well with Sen. Richard Lugar, R-Ind., in the Foreign Relations Committee.

So there you have it -- the essentials concerning next week's presidential candidates (or as many of them as can be fitted into a column the size of this one).

You pays your money and you takes your choice.