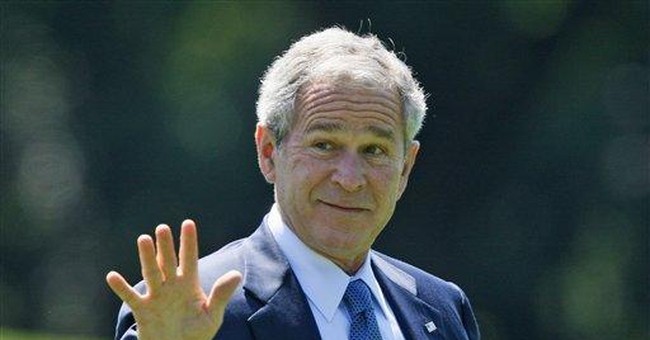 President Bush now has fewer than six months to serve, and the question arises as to what he ought to do with this remaining time.

There are important limitations on a president's powers in the last few months of his administration. He can continue to make appointments to various federal offices, of course, but most of them will expire when his presidency does. The others -- notably federal judgeships -- usually require the approval of the Senate, and when (as is currently the case) the Senate is controlled by the other party, it will often prefer to refuse to act on the president's nominations, simply leaving those offices vacant until they can be filled by the next president (who, of course, may be a member of their party).

The president can also continue to press for legislation that he favors (as Bush is currently doing in urging repeal of the congressional limits on offshore oil drilling), but here again, Congress may simply ignore him. The president's clout -- his power, for example, to do favors for individual congressmen and congresswomen -- is shrinking day by day, and his influence over public opinion will almost certainly be diminishing, as well.

Even his influence over other countries is lessening. Whether their leaders sympathize with him or not, they are acutely aware that he will be gone forever in a matter of months, and that his successor may or may not be inclined to follow his policies in foreign affairs. They will, therefore, be tempted to postpone their own decisions until they know what the new president is likely to want.

So his last months in office are rarely very happy ones for a president, and Bush is no exception to the rule. Even so, it would be dangerous to dismiss him as irrelevant. He still has his "bully pulpit," and the public has had nearly eight years of training in paying attention to what he says. The very fact that he has only a few months of power left may actually work in his favor in some respects, since people may be inclined to assume that, at this stage of the game, he will be less tempted to play partisan politics and more disposed to do various things "for the good of the country."

So what should Bush do? He should certainly continue to call for permitting offshore oil drilling, since polls indicate that a majority of the public agrees with him, and the Democrats may be understandably reluctant to buck that combination. And in foreign affairs, he can take advantage of the friendships he has built with many of the major foreign leaders -- Angela Merkel in Germany, Nicholas Sarkozy in France and Gordon Brown in England, to name only three -- to craft international initiatives that will long outlast his own administration.

Beyond these and a few similar measures, however, Bush's last few months in office are not likely to blossom with fruitful developments. Even if the Democrats who control Congress strongly favor various policies that Bush would like to implement, they will, humanly enough, be tempted to postpone implementing them until the next president (especially if he or she is a Democrat) can take the credit.

But, if I were Bush, I wouldn't despair. He has not escaped being labeled by some people, as most presidents are before their terms are over, as "the worst president we have ever had." But that is simply the bellow of exasperation vented by the worst critics of almost every president. I don't detect, in the larger tides of public opinion, anything like that sort of animosity toward George W. Bush. He has plenty of critics, of course, but there isn't a trace of savagery that animated the opponents of (say) Franklin Roosevelt and Richard Nixon. Bush may not go down in history as a great president, but neither will he be remembered as a terrible one.