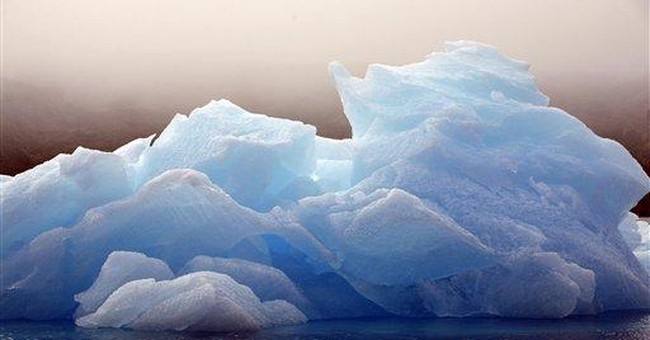 Every few years, some group of scientists, egged on by the media, is persuaded to warn mankind of some new danger facing the human race. This triggers the anxiety that always floats just below the conscious level in most people, and serves the purposes of the media by generating several months of gratifying headlines. It also serves the purposes of the scientists, by giving them months of flattering publicity, not to mention the financial rewards that accompany scientific papers on the subject.

The excitement dies down in due course, but there is always some new peril being discovered. Remember the ozone hole? And whatever happened to acid rain?

But by far the most durable scare in recent years has been that generated by the supposed dangers of global warming. The Earth's climate is never absolutely stable. It is always either warming or cooling by tiny fractions of a degree per year, and recently it has been warming. By extrapolating this process beyond any justification, the usual scaremongers have managed to convince a good many otherwise sensible people that human activity is responsible for the warming, and that we must slam on the brakes or face disaster.

A November editorial in The New York Times spelled it out: "... the consequences could be disastrous: further melting at the poles, sea levels rising high enough to submerge island nations, the elimination of one-quarter or more of the world's species, widespread famine in places like Africa, more violent hurricanes." What's more, there is no time to waste: "...the world must stabilize the emission of greenhouse gases by 2015, begin to reduce them shortly thereafter and largely free itself of carbon-emitting technologies by midcentury."

In support of this nonsense, the Times offered the report of "the International Panel on Climate Change, a group of 2500 scientists who collectively constitute the world's most authoritative voice on global warming." In the ensuing months, a major effort has been made to establish that this panel's view is the all-but-unanimous opinion of the world's climatologists on the question. It is, however, no such thing. More than 19,000 scientists have signed a petition saying global warming is probably natural and not a crisis. (The complete list can be seen at www.oism.org/pproject.)

The International Conference on Climate Change is meeting this week in New York City. Its topic is "Global Warming: Truth or Swindle?" and according to the announcement, "More than 400 scientists, economists and experts will meet ... to challenge the claim that global warming is a 'crisis.'" Under the sponsorship of the Heartland Institute, 50 organizations are co-sponsoring the event, including the John Locke Foundation, the George C. Marshall Institute and the National Center for Policy Analysis.

Among those participating will be Vaclav Klaus, president of the Czech Republic, who has long opposed the global-warming hysteria; Dr. Robert Balling, professor of Climatology at Arizona State University; Dr. Vincent Gray, executive director of the New Zealand Climate Coalition; Dr. Frederick Seitz, president emeritus of The Rockefeller University; and Dr. Willie Soon, chief science adviser to the Science and Public Policy Institute.

It is too much to hope that even a gathering of experts as impressive as this one will deter the global-warming hysterics. The latter are hell-bent on forcing down emissions associated with the use of fossil fuel, on which the United States relies for 85 percent of its energy. This can be done only by restricting the supply or raising the cost of energy -- especially coal, which provides half of America's electricity.

But it is heartening to know that the scientific community is at last finding its voice and speaking out against such folly.