A Fair Defense for the Fair Tax 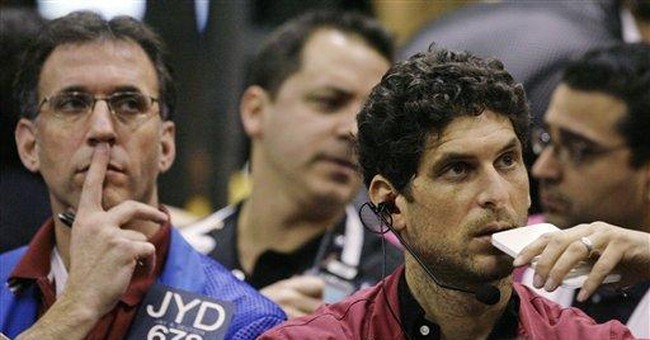 Jerry Bowyer was correct that Fair Tax is a "crowd" ("Questions for the Fair Tax Crowd", 1/9/08). It is a big "crowd"-- thousands of supporters all across the country; a grass roots movement to pass the bipartisan Fair Tax Act (HR 25) pending in Congress with 68 House co- sponsors and 4 Senate co- sponsors. Otherwise, Bowyer's answers to his questions exposed his lack of knowledge of the fair tax.

The fair tax is based on research by some of the most respected economists and institutions in the country funded by $22 million of private funds donated to the non profit, Americans for Fair Taxation. Their research papers are available at fairtax.org.

A 2006 study by Boston University economists Dr. Laurence J. Kotlikoff and Dr. David Rapson, concluded that the fair tax benefits all income groups. For the first time, low income people are tax free due to the prebate reimbursing citizens based on family size of the sales tax paid on the poverty level of spending and the elimination of imbedded costs of corporate income, other income and payroll taxes and compliance costs now in the price of everything sold.

Here are his questions and my rebuttal to his answers:

Q: Why do you think that a sales tax is less prone to corruption and complexity than the income tax?

The fair tax is a national retail sales tax that applies only to the purchase of new goods and services for personal consumption. There is no tax on used property. Does Bowyer think that major retail chains like Wal-Mart, Kroger, McDonalds and new car dealers and others who sell most new goods are "prone to corruption"? Does he think the forty five states that have sales tax systems are cheating?

There is no evidence that the administration of state sales taxes is corrupt. Since the states will collect the fair tax for the federal government. it will not be "prone to corruption".

William Jennings Bryan promised that an income tax would fair and tax only the rich. Now we know what happens to a flat income tax which becomes so complex that it includes 66,000 pages of code, rulings and regulations and which is so corrupt that the IRS admits that it fails to collect more than 300 billion each year and while the billions held off shore in tax shelters. The fair tax would tax the underground cash economy of illegals, and drug dealers, who now escape taxes when they buy something new or services.

The fair tax is simple, transparent and efficient.

Q: Are sales taxes, where they area currently in operation, simple and free from special interest lobbying?

Since there are no exemptions and no tax shelters under the fair tax, there would be no work for the tax lobbyists in Washington who currently manipulate the income tax for the special interests.

Because the fair tax includes the prebate reimbursing on the necessities of life, there is no need for exemptions.

Fair tax is not based on any existing system, but was developed based on original research by leading institutions and economists on the charge to develop of the best tax system for the federal government.

Q: Does it apply to non-profits?

No. Goods are taxed only once when first sold for personal consumption. The differential between new and used property will be about the same in the market place as it is today, because the fair tax does not add to the cost of new property, but replaces the imbedded taxes of approximately the same rate. Only new replacement parts would be taxed if a used product is rehabilitated.

Q: What about transition?

It will be smooth and will not cause a rush to buy as Bowyer asserts because the total costs paid for goods and services will be about the same the day before and the day after the fair tax becomes effective. Bowyer seems to have the erroneous idea that the fair tax increases to price on new goods. It doesn't because the imbedded taxes are eliminated of approximately the same percentage on the average. There would be a one time credit issued to retailers for the imbedded taxes on inventory on the effective day of the fair tax so that inventory would not be double taxed.

Q. How do we determine interest rate portion of the mortgage?

Just as now, the market rate is the interest rate, but market interest rates will fall to the level of tax free bonds today which will make it easier for home buyers who will be paying the purchase price in pretax dollars, rather than after tax dollars under the income tax. The borrower and lender will continue to state the interest rates in the debt instruments, but this is irrelevant to how the home would be taxed.

The fair tax applies to the purchase price of the home, if it is new. If the home price is stated artificially below market value and the interest rate artificially higher than market rates as Bowyer envisions, then it would constitute tax evasion. Reputable home builders would not be tax evaders subject to criminal penalties for tax evasion and reputable lenders and borrowers would not be willing to participate in a conspiracy to commit tax fraud.

Bowyer should go to www.fairtax.org and become informed about the fair tax.