CSR and the Democratic Policies of the 2008 Elections 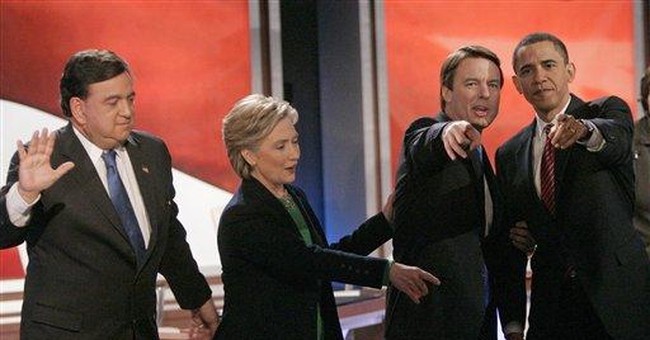 Madmen in authority, who hear voices in the air, are distilling their frenzy from some academic scribbler of a few years back.
-- John Maynard Keynes.

Whoever the Democrats choose as their candidate for president, the rhetoric and policies pursued by the nominee will be remarkably similar: impose “Kyoto Protocol” energy restrictions on the economy; require health care for all; and, further increase the burden on Corporate America which the Democratic nominee will likely continue to vilify throughout the 2008 Presidential campaign. Effectively countering these wrongheaded policies requires a repudiation of these policies in the political arena of course. But, unless the counter-productive aspects of this rhetoric are exposed in their earlier stages of development, these policy prescriptions will not disappear regardless who wins this November.

Back in the mid-1990’s (or in Keynes words “a few years back”) the Corporate Social Responsibility (CSR) movement began strong-arming corporations both domestically and around the world. The CSR movement created academic-like scribbling that magnified the voice of liberal activists and provided unwarranted credence to ideas that, if implemented, would weaken the U.S. economy and lower the welfare for all Americans.

CSR’s true agenda is to use corporations in order to thrust a liberal policy agenda on the country. Jarol Manheim documented this strategy in his 2004 book, “Biz-War and the Out-of-Power Elite”. Manheim illustrated that liberal ideologues, under the guise of CSR, waged an “anti-corporate campaign” with the sole purpose of using the corporate infrastructure to thrust the liberal political agenda on the country. The positions of the 2008 Democratic candidates are a testament to how successful this campaign has become.

Take global warming as an example. It is universally held by the Democratic candidates that the U.S. must adopt strict greenhouse gas emission requirements. Strict environmental regulations, which do not offset the adverse economic impacts from the policy, reduce overall economic growth and job creation. The U.S. Energy Information Agency (EIA) during the Clinton Administration estimated that overall economic growth could decline by up to 4.2 percent if a cap-and-trade system to achieve the Kyoto Protocol targets (7% below 1990 emissions by 2008-2012) were implemented.

Clearly then, there is no free lunch when it comes to environmental regulations. From the perspective of the environmentalists who believe that action must be taken regardless of the costs, these facts are inconvenient. The CSR solution to these inconvenient facts: vilify the corporation.

Under mounting populist campaigns against them, corporations have followed the CSR script by accepting the environmentalists’ positions. For instance, USCAP is a “partnership” of environmental groups and a diverse group of leading corporations such as Alcoa, PepsiCo, General Electric, and AIG. USCAP supports “Mandatory approaches to reduce greenhouse gas emissions from the major emitting sectors including emissions from large stationary sources, transportation, and energy use in commercial and residential buildings” (www.uscap.org).

With Corporate America now “embracing” the environmental position, mandatory reductions in greenhouse gas emissions, that do not fully offset the negative economic consequences of the policy, have now been approved by the “representatives of the free market”. The CSR advocates strategy for addressing global warming is building momentum, and it is a real possibility that their environmental policies will become the law of the land.

The CSR game plan also calls for vilifying corporations in order to vilify the free market solutions to pressing public policy problems. This is the tactic they have used to advance their agenda with respect to health care reform.

Both the health care and global warming examples illustrate that the CSR strategy has been successful. As documented in Jarol Manheim’s book, CSR advocates are using Corporate America as a platform for pushing a liberal policy agenda. Countering these policies requires viable political and academic debates; it also requires a fundamental re-examination of the tenets of corporate social responsibility.