Proof Democrats Are Crazy, Insane and a Danger to Us All

Wayne Allyn Root
|
Posted: Apr 19, 2020 12:01 AM
Share   Tweet
The opinions expressed by columnists are their own and do not necessarily represent the views of Townhall.com. 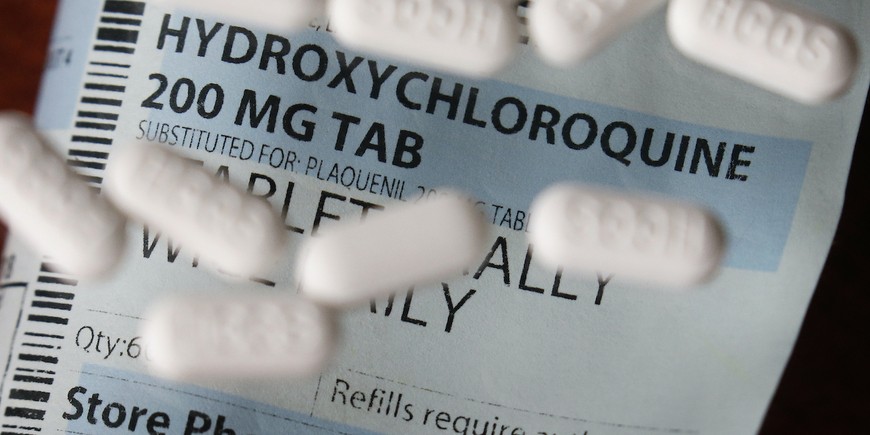 If you weren't convinced that Democrats are crazy, insane and a danger to us all, I now have clear and irrefutable proof.

That's the anti-malaria drug that has become a weapon in our arsenal to defeat coronavirus. The stories of its remarkable success in the battle versus this terrible, deadly pandemic are everywhere. They are no longer "anecdotal." This Trump-touted drug appears to be a miracle drug.

I'll get to all those stories in a moment. But first let me mention the latest Rasmussen poll, which shows that only 18 percent of Democrats would take hydroxychloroquine if they were sick with coronavirus.

Folks, that's just nuts. Democrats are suicidal. They not only don't value human life; they don't even value their own lives.

And I'm not just talking about run-of-the-mill crazy liberal voters or activists. Democratic leaders are just as reckless, dangerous, ignorant and delusional. Michigan's Democratic governor, Gretchen Whitmer, initially banned the drug for use against coronavirus. My own Nevada governor, Democrat Steve Sisolak, banned any non-hospital or emergency room doctors from prescribing it -- even though the doctors that use it regularly consider it safe and report it works best when used in the early stages of coronavirus, before a victim lands in the ER or ICU.

And don't forget, that's the whole point of this hysterical, reckless shutdown of the U.S. economy -- to stop this illness before it sends victims to the ER or ICU. Don't we want to "flatten the curve"?

So why would leading Democratic politicians ban it or refuse to recognize its success? There's only one answer: Trump derangement syndrome.

President Donald Trump was the first to tout this miracle drug. He has urged doctors to use it on victims since the earliest days of the pandemic. That was all it took for Democrats to despise this lifesaving drug; run away from it like the plague; refuse to educate the public about it via the liberal media; and, in extreme cases, actually ban it.

You know what you call that? Crazy, insane and dangerous. Democrats would rather let Americans die than give Trump a chance to take credit. Some might call that murder, or, certainly, manslaughter.

Now to the stories. I can't fit them all. But here are a handful.

A month ago, New York Dr. Vladimir Zelenko was a guest on my national radio show. He had treated 670 coronavirus victims with a combination protocol of hydroxychloroquine, Z-Pak and zinc. Only one was hospitalized. He urged every doctor and hospital to prescribe it at the earliest onset of coronavirus.

Zalenko returned as a guest on Friday to give an update to my national radio audience. He has now treated 1,450 coronavirus victims. Only two have died (and one of them had cancer). He reports few major side effects. He calls the drug "safer than Motrin." But it should be given, he says, at the earliest sign of coronavirus.

My personal radio agent, John McConnell, was hours away from death. He said goodbye to his wife. He was in the ICU about to be put on a ventilator when Sean Hannity and Dr. Mehmet Oz saved his life. Hannity urged Oz to call McConnell's doctor and intervene. Oz convinced the doctor to use hydroxychloroquine. McConnell is now thankfully out of the hospital and on the mend.

My friend and frequent radio guest Joey Gilbert, former boxing champion, came on my show this week to report both his parents were dying of coronavirus when hydroxychloroquine saved their lives. They both made a full recovery.

The media this week reported that a Las Vegas couple in their 80s were knocking on death's door and then made a full recovery because of hydroxychloroquine. And how a Los Angeles M.D. who prescribes the drug in combination with zinc has seen a 100 percent success rate: Dr. Anthony Cardillo, CEO of Mend Urgent Care, says, "Every patient I've prescribed Hydroxychloroquine to, has been very, very ill and within 8 to 12 hours, they were basically symptom-free."

It's happening across the world. Studies in France and China report on the remarkable success of hydroxychloroquine in combatting coronavirus.

The Las Vegas Review-Journal last week reported that University Medical Center became the first Las Vegas-area hospital to prescribe hydroxychloroquine to high-risk outpatients. They prescribe it and then send the patients home. The results have been remarkable. Dr. Thomas Zyniewicz said, "Our outcomes in our ICU patients to date are better than outcomes we're seeing from Italy, China, France and other countries."

So why are so many victims still dying? Why isn't this drug being given to every coronavirus victim across America? Why are there still doctors who don't know about it?

Why do only 18 percent of Democrats say they would use this drug if they were sick? Eighteen percent!

Why is our economy still shut down? Why are we ruining the lives of millions of business owners and their employees while waiting for a vaccine that may never come, or prove ineffective, or even prove dangerous when we already have a safe, effective treatment that has saved thousands of lives? And it can be dirt cheap -- about $20 per treatment.

We already have an effective treatment. It's time to reopen the economy. Why are Democrats in denial?

There is no reason for this irrational fear of coronavirus, not when about 90 percent of those infected either get it in very mild form or don't even know they had it; not when 98 percent of those infected recover; not when many of us have already developed so-called herd immunity; and not when those who are left -- the elderly, the sick, the immunocompromised -- could simply take this miracle drug at the first sign of illness.

Why is anyone still scared? The answer can only be one thing: Trump derangement syndrome. Trump touted the drug first, so Democrats and their allies in the media hate it, ignore it or deny its remarkable success: proof positive Democrats are crazy, insane and a danger to us all.