Why Do Liberals Keep Hurting Themselves?

Wayne Allyn Root
|
Posted: Aug 14, 2018 12:01 AM
Share   Tweet
The opinions expressed by columnists are their own and do not necessarily represent the views of Townhall.com. 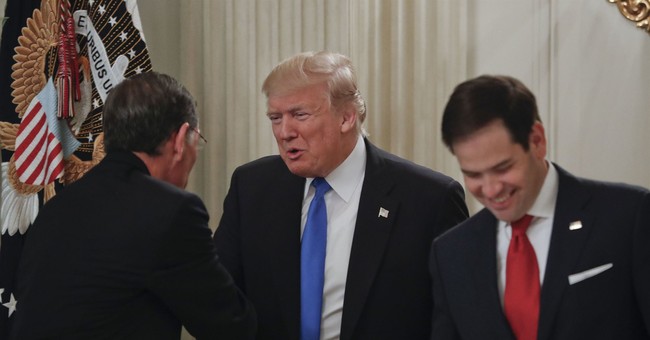 Liberals are so obsessed with Donald Trump. But maybe they should start looking in the mirror. The problem is they won’t like what they see.

Donald Trump isn’t hurting you. You’re hurting and killing yourselves. You are your own worst enemies. You can never admit that, so you focus all your anger, bitterness, frustration and humiliation on Trump.

Take the economy. Liberals refuse to admit the economy was horrible under Obama. They refuse to face facts. Obama spent the most taxpayer money in history. He created the most debt in history. He presided over the most people on welfare, food stamps and disability in history. And he produced the worst economic growth in history. Obama is the only president in America's history to never produce a single year of 3% economic growth. Even Herbert Hoover and FDR in the depths of the Great Depression managed one good year. Not Obama.

Obama’s economy was exactly like Jimmy Carter’s economy. You cannot get more proof positive than those 12 combined years of misery and malaise.

Trump has just produced economic growth of 4.1%. And the Fed is predicting in the neighborhood of 5% growth in the next quarter. Amazing. But that’s just the start. Days ago, we found out inflation is low and jobless claims are the lowest in 48 years! Trump’s economy has produced unemployment figures not seen since the 1970’s, when America had a much smaller population.

Keep in mind, all of these remarkable economic and job growth figures have happened while the Fed is raising interest rates and Trump conducts a massive trade war. NOTHING slows down the Trump economic miracle.

Yet liberals still can’t admit they’re wrong and their policies are a total unmitigated disaster.

Then there’s life and death. Seventy-two people were shot in Chicago last weekend, 13 killed. This is a black-on-black genocide on the streets of a 100% Democrat-controlled city. A city with the strictest gun control laws in the country. This is what happens with liberals in control of inner cities like Chicago, Detroit and Baltimore. These cities have been ruined. Life is a tragedy for the millions of poor people (almost 100% minorities) trapped in these cities. Things are so bad in Democrat-controlled Chicago, black leaders are begging the U.N. to send a foreign peacekeeping force to police the streets.

Yet liberals still can’t admit they’re wrong and their policies are a total unmitigated disaster.

Take the fires in California. Once again, liberal policies are killing people and destroying quality of life. They foolishly blame “climate change” for massive fires. That’s because they can’t take the truth- they’ve caused this disaster with insane, extreme, radical environmental policies. Firemen are dying, citizens are dying, millions forced to evacuate, thousands of homes destroyed- all because liberals in California spent ten times more last year on subsidies for electric cars, than on dead tree clearing.

And then there’s timing. California liberals claim the fires have grown more intense since 2012. Well of course they have, sweet snowflakes! That was the exact year Obama passed strict new environmental rules governing 193 million acres of national forests and grasslands.

In other words, once again liberals have failed miserably. It’s called “eco-terrorism.” They’ve brought this nightmare upon themselves.

Why do liberals keep hurting themselves? The answer is simple. They can’t look in the mirror. They will never learn from failure, because they refuse to accept blame.

As Saul Alinsky taught them- never admit failure, always blame someone else.