Here's How to Solve IRS Scandal in Two Weeks 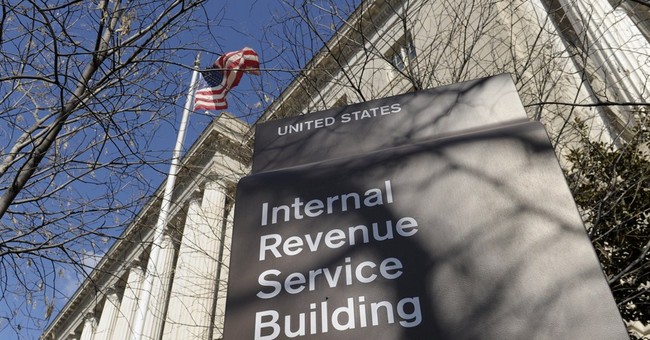 According to the latest polling by Rasmussen, the IRS scandal is still very much on the minds of Americans, and still considered to be the worst scandal of the Obama administration.

I am one of the IRS scandal’s victims. Based on the details of my case I believe I was targeted for persecution on direct orders of the Obama White House. I don’t think that’s much of a stretch considering the IRS Chief visited the White House 157 times in Obama's first term, and Obama himself met with the head of the IRS employee’s union the day before the targeting started.

More importantly, I believe my targeting is a tip-off to how deep this IRS scandal goes. If I was targeted as an outspoken critic, so were hundreds of other Obama critics and political enemies. But based on my conversations with many of my personal friends and associates who wrote checks to the Romney campaign, I believe the core of the plan was to target GOP donors- as I first reported a year ago.

I believe this was clearly racketeering- a well coordinated, widespread, purposeful plan to destroy Obama’s political opposition and bleed dry the lifeblood of the GOP- donors. If proven, it should be punished with impeachment and prison terms for all involved.

Now out of the blue, the IRS suddenly claims they targeted progressive groups too. Interesting that this was never mentioned by any IRS big shots before now. Even more interesting is the fact that no liberal or "progressive" group in the entire nation has come forward in all these weeks with any facts to show they were harassed like Tea Party groups.

But, there’s no reason to debate and argue anymore. This can be easily settled.

The solution is so simple:

All we have to do is pull the file of every taxpayer audited by the IRS in the first 4 years of Barack Obama's Presidency. Then simply match the audits with publicly available political registration information.

Wanna bet that Republicans were audited at a far higher rate than those registered Democrat?

Then let’s take it a step further. Let’s compare the list of audited taxpayers with a list of political contributors- publicly available at the FEC (Federal Elections Commission). I’ll bet that Republican contributors were audited at least four times as often as Democratic contributors.

Is anyone willing to take me up on my offer?

I believe we might find GOP contributors were audited as much as ten times more than Democratic contributors. Certainly we’ll find the audit rate among the highest levels of GOP contributors (those who maxed out) to be shocking. I’m betting that even the biased-liberal media will be flabbergasted at the disparity.

I’m betting that, except for a lack of IRS agents, the audit percentage would have been 100% of large GOP donors. Hence Obama’s obsession with hiring thousands of new IRS agents.

There’s another metric to solve the debate. What was the percentage of GOP vs. Democratic contributors that were audited during the terms of all recent Presidents (starting with Carter in 1976 through Bush in 2004)? I’m betting Obama audited a far higher percentage of Republicans than any other President. Anyone want to take my bet?

What about the percentage of Tea Party and conservative groups being audited in the past 4 years versus liberal, union, or environmental advocacy groups?

Or, the percentage of Pro Israel groups compared to Muslim and Pro Palestinian groups?

What percentage of pro Constitution groups were audited vs. PETA or the Sierra Club?

Finally, what percentage of taxpayers who donated to The Church of Latter Day Saints (Mormons) were audited since Obama defeated Mitt Romney?

What do you think we’ll find? Is anyone willing to bet we won’t see startling patterns that clearly indicate targeting and persecution of Obama’s critics and donors?

With the IRS computers and FEC (Federal Election Commission) databases this is easy to do. The whole picture will be clear within two weeks. If I’m wrong, I will gladly apologize and admit the error of my ways.

If I’m right, Obama should resign in disgrace.

If there is no pattern, no orders from the White House, then Obama has nothing to fear. Why not start the investigation immediately? Of course, since we know the IRS can’t be trusted, the examination of the data would have to be done by an impartial third party.

Mr. President, did you or did you not attack your critics and political opponents to intimidate, punish and silence them? Did you target donors to bleed them dry and make their lives miserable? There is one easy way to find out. Let’s look at the numbers.

If you’re innocent there’s no reason to object or stall. So let’s get started NOW! We should know the answers within two weeks. Or is this another situation like the release of your college records? If you have nothing to hide, why keep records sealed from the public?

I can’t wait. I’m eager to see the numbers. I’m confident in what they’ll show. What about you Mr. President?