Walter E. Williams
|
Posted: May 08, 2019 12:01 AM
Share   Tweet
The opinions expressed by columnists are their own and do not necessarily represent the views of Townhall.com. 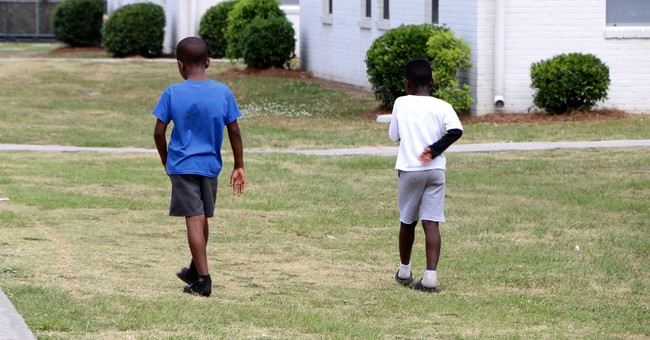 Last week's column discussed Dr. Thomas Sowell's newest book "Discrimination and Disparities," which is an enlarged and revised edition of an earlier version. In this review, I am going to focus on one of his richest chapters titled "Social Visions and Human Consequences." Sowell challenges the seemingly invincible fallacy "that group outcomes in human endeavors would tend to be equal, or at least comparable or random, if there were no biased interventions, on the one hand, nor genetic deficiencies, on the other." But disparate impact statistics carries the day among academicians, lawyers and courts as evidence of discrimination.

Sowell gives the example of blacks, who make up close to 70 percent of NFL and AFL players in professional football. Blacks are greatly overrepresented among star players but almost nonexistent among field goal kickers and punters. Probably the only reason why lawsuits are not brought against team owners is that the same people hire running backs and field goal kickers. One wonders whether anyone has considered the possibility that professional black players do not want to be punters and field goal kickers?

Different social classes raise their children differently. Studies have shown that children whose parents are professional heard more words per hour than children whose families are on welfare. Studies show that professional parents used "more words and more different words ... more multiclause sentences, more past and future verb tenses. ... The ratio of affirmative words to negative words was six to one with parents who had professional occupation." By contrast, families on welfare used discouraging words more than two to one: words such as "Don't," "Stop," "Quit," and "Shut up." Sowell sarcastically asks are we to believe that children raised in such different ways, many years before they reach an employer, a college admissions office or crime scene are the same in capabilities, orientation and limitations?

Social justice warriors ignore many differences that have little or nothing to do with discrimination but have an enormous impact on outcomes. Age is one of those factors. Median age differences between groups, sometimes of a decade or two will have an enormous impact on observed group outcomes. The median age for American Jews is slightly over 50 years old and that of Latinos is 28. Just on median age alone, would one be surprised at significant group income disparity and other differences related to age?

Sowell says that a single inconspicuous difference in circumstance can make a huge historical difference in human outcomes. During the 1840s, Ireland experienced a potato famine. Potatoes were the principle food of the Irish. That famine led to the deaths of a million people and caused 2 million to flee. The same variety of potato that was grown in Ireland was also grown in the U.S. with no crop failure. The source of Ireland's crop failure has been traced to a fertilizer used on both sides of the Atlantic. The difference was that fertilizer contained a fungus that thrived in the mild and moist climate of Ireland but did not in the hot, dry climate of Idaho and other potato growing areas of the U.S. That one small difference caused massive human tragedy.

A study of National Merit Scholarship finalists found that firstborn children were finalists far more often than their younger siblings. In the U.S. and other countries such as Britain and Germany, the firstborn's IQs were higher than their siblings. Among medical students, a high proportion are firstborn. Sowell asks that if equality of outcomes don't exist among people with the same parents, raised in the same household, why would one expect equality of outcomes elsewhere?

Morally neutral factors such as crop failures, birth order, geographic setting, and demographic or cultural differences are among the reasons why economic and social outcomes fail to fit the preconceived notions of "experts."

The bottom line about Sowell's new book, "Discrimination and Disparities," is that it contains a wealth of data and analysis that turns much of the thinking of politicians, academicians, legal experts and judges into pure, unadulterated mush.