Walter E. Williams
|
Posted: Sep 19, 2018 12:01 AM
Share   Tweet
The opinions expressed by columnists are their own and do not necessarily represent the views of Townhall.com. 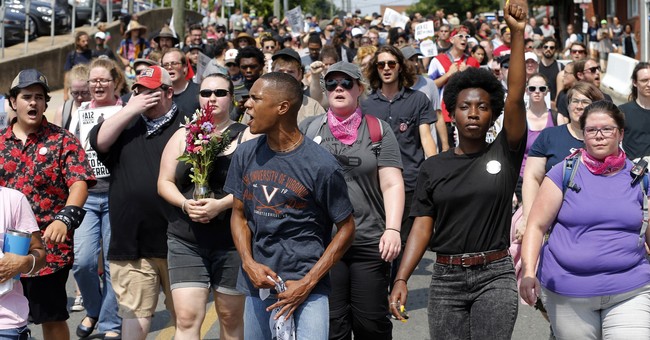 So much of our reasoning about race is both emotional and faulty. In ordinary, as well as professional, conversation, we use terms such as discrimination, prejudice, racial preferences and racism interchangeably, as if they referred to the same behavior. We can avoid many pitfalls of misguided thinking about race by establishing operational definitions so as to not confuse one behavior with another.

Prejudice is a perfectly useful term, but it is used improperly. Its Latin root is praejudicium -- meaning prejudgment. Prejudice can be operationally defined as making decisions on the basis of incomplete information. Because the acquisition of information entails costs, we all seek to economize on information cost. Sometimes we use cheap-to-observe physical attributes as proxies for some other attribute more costlier to observe. The cheaply observed fact that a person is a male or female can serve as a proxy for an unobserved attribute such as strength, aggressiveness or speed in running.

In the late 1990s, a black taxi commissioner in Washington, D.C., warned cabbies against going into low-income black neighborhoods and picking up "dangerous-looking" passengers whom she described as young black males dressed a certain way. Some pizza deliverers in St. Louis who were black complained about delivering pizzas to black neighborhoods for fear of being assaulted or robbed. In 1993, the Rev. Jesse Jackson was reported as saying that he is relieved when he learns that youthful footsteps walking behind him at night are white and not black.

Here's the question: Does the wariness of Washington's predominantly black cabbies to pick up "dangerous-looking" black males or black pizza deliverers' not wanting to deliver to some black neighborhoods or Rev. Jackson's feeling a sense of relief when the youthful footsteps behind him are those of white youngsters instead of black say anything unambiguous about whether cabbies, pizza deliverers and Jackson like or dislike blacks? It's a vital and often overlooked point -- namely, that watching a person's prejudicial (prejudging) behavior alone can tell us nothing unambiguous about that person's racial tastes or preferences.

Consider policing. Suppose a chief of police is trying to capture culprits who break in to autos to steal electronic equipment. Suppose further that you see him focusing most of his investigative resources on young males between the ages of 15 and 25. He spends none of his investigative resources on females of any age and very few on men who are 40 or older. By watching his "profiling" behavior -- prejudging behavior -- would you conclude that he likes females and older males and dislikes males between the ages of 15 and 25? I think that it would take outright idiocy to reach such a conclusion. The police chief is simply playing the odds based on the evidence he has gathered through experience that breaking in to autos tends to be a young man's fancy.