Walter E. Williams
|
Posted: Apr 05, 2017 12:01 AM
Share   Tweet
The opinions expressed by columnists are their own and do not necessarily represent the views of Townhall.com. 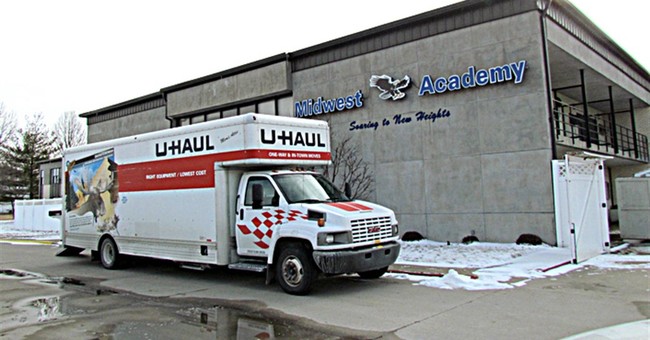 Profiling is needlessly a misunderstood concept. What's called profiling is part of the optimal stock of human behavior and something we all do. Let's begin by describing behavior that might come under the heading of profiling.

You are a manager of a furniture moving company and seek to hire 10 people to load and unload furniture onto and off trucks. Twenty people show up for the job, and they all appear to be equal except by sex. Ten are men, and 10 are women. Whom would you hire? You might give them all tests to determine how much weight they could carry under various conditions, such as inclines and declines, and the speed at which they could carry. To conduct such tests might be costly. Such costs could be avoided through profiling -- that is, using an easily observable physical attribute, such as a person's sex, as a proxy for unobserved attributes, such as endurance and strength. Though sex is not a perfect predictor of strength and endurance, it's pretty reliable.

Imagine that you're a chief of police. There has been a rash of auto break-ins by which electronic equipment has been stolen. You're trying to capture the culprits. Would you have your officers stake out and investigate residents of senior citizen homes? What about spending resources investigating men and women 50 years of age or older? I'm guessing there would be greater success capturing the culprits by focusing police resources on younger people -- and particularly young men. The reason is that breaking in to autos is mostly a young man's game. Should charges be brought against you because, as police chief, you used the physical attributes of age and sex as a crime tool? Would it be fair for people to accuse you of playing favorites by not using investigative resources on seniors and middle-aged adults of either sex even though there is a non-zero chance that they are among the culprits?

Some racial and ethnic groups have higher incidence and mortality from various diseases than the national average. The rates of death from cardiovascular diseases are about 30 percent higher among black adults than among white adults. Cervical cancer rates are five times greater among Vietnamese women in the U.S. than among white women. Pima Indians of Arizona have the world's highest known diabetes rates. Prostate cancer is nearly twice as common among black men as it is among white men. Using a cheap-to-observe attribute, such as race, as a proxy for a costly-to-observe attribute, such as the probability of some disease, can assist medical providers in the delivery of more effective medical services. For example, just knowing that a patient is a black man causes a physician to be alert to the prospect of prostate cancer. The unintelligent might call this racial profiling, but it's really prostate cancer profiling.

The bottom line is that people differ significantly by race and sex. Just knowing the race or sex of an individual may on occasion allow us to guess about something not readily observed.