Walter E. Williams
|
Posted: Feb 15, 2017 12:01 AM
Share   Tweet
The opinions expressed by columnists are their own and do not necessarily represent the views of Townhall.com. 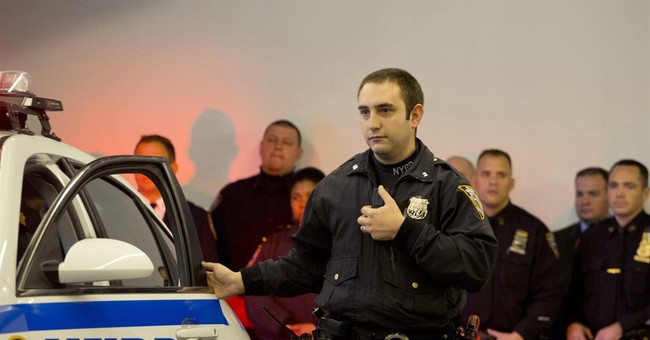 Trending
Ordinary black people cannot afford to go along with the liberal agenda that calls for undermining police authority. That agenda makes for more black crime victims. Let's look at what works and what doesn't work.

In 1990, New York City adopted the practice in which its police officers might stop and question a pedestrian. If there was suspicion, they would frisk the person for weapons and other contraband. This practice, well within the law, is known as a Terry stop. After two decades of this proactive police program, New York City's homicides fell from over 2,200 per year to about 300. Blacks were the major beneficiaries of proactive policing. According to Manhattan Institute scholar Heather Mac Donald -- author of "The War on Cops" -- seeing as black males are the majority of New York City's homicide victims, more than 10,000 blacks are alive today who would not be had it not been for proactive policing.

The American Civil Liberties Union and other leftist groups brought suit against proactive policing. A U.S. District Court judge ruled that New York City's "stop and frisk" policy violated the 14th Amendment's promise of equal protection because black and Hispanic people were subject to stops and searches at a higher rate than whites. But the higher rate was justified. Mac Donald points out that while blacks are 23 percent of New York City's population, they are responsible for 75 percent of shootings and 70 percent of robberies. Whites are 34 percent of the population of New York City. They are responsible for less than 2 percent of shootings and 4 percent of robberies. If you're trying to prevent shootings and robberies, whom are you going to focus most attention on, blacks or whites?

In 2015, 986 people were shot and killed by police. Of that number, 495 were white (50 percent), and 258 were black (26 percent). Liberals portray shootings by police as racist attacks on blacks. To solve this problem, they want police departments to hire more black police officers. It turns out that the U.S. Justice Department has found that black police officers in San Francisco and Philadelphia are likelier than whites to shoot and use force against black suspects. That finding is consistent with a study of 2,699 fatal police killings between 2013 and 2015, conducted by John R. Lott Jr. and Carlisle E. Moody of the Crime Prevention Research Center, showing that the odds of a black suspect's being killed by a black police officer were consistently greater than the odds of a black suspect's being killed by a white officer. And little is said about cops killed. Mac Donald reports that in 2013, 42 percent of cop killers were black.

Academic liberals and civil rights spokespeople make the claim that the disproportionate number of blacks in prison is a result of racism. They ignore the fact that black criminal activity is many multiples of that of other racial groups. They argue that differential imprisonment of blacks is a result of the racist war on drugs. Mac Donald says that state prisons contain 88 percent of the nation's prison population. Just 4 percent of state prisoners are incarcerated for drug possession. She argues that if drug offenders were removed from the nation's prisons, the black incarceration rate would go down from about 37.6 percent to 37.4 percent. The vast majority of blacks in prison are there because of violent crime -- and mostly against black people.

That brings us to the most tragic aspect of black crime. The primary victims are law-abiding black people who must conduct their lives in fear. Some parents serve their children meals on the floor and sometimes put them to sleep in bathtubs so as to avoid stray bullets. The average American does not live this way and would not tolerate it. And that includes the white liberals who support and make excuses for criminals. Plain decency mandates that we come to the aid of millions of law-abiding people under siege. For their part, black people should stop being pawns for white liberals and support the police who are trying to protect them.