Walter E. Williams
|
Posted: Sep 21, 2016 12:01 AM
Share   Tweet
The opinions expressed by columnists are their own and do not necessarily represent the views of Townhall.com. 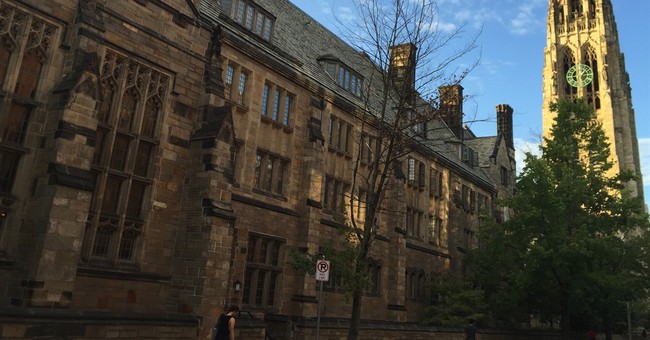 Trending
Last year's college news was about demands for safe spaces, trigger warnings and bans on insensitivity. This year's college news is about black student demands for segregated campus housing and other racially segregated campus spaces and programs. I totally disagree with these calls by black students. It's a gross dereliction of duty for college administrators to cave to these demands, but I truly sympathize with the problems that many black college students face. For college administrators and leftist faculty, the actual fate of black students is not nearly so important as the good feelings they receive from a black presence on campus. Let's examine some of the problem.

A very large percentage of all incoming freshmen have no business being admitted to college. According to College Board's 2015 report, the average combined SAT score for white students was 1576 out of a possible 2400. Black student SAT scores, at 1277, were the lowest of the seven reported racial groups (http://tinyurl.com/ozpkpdk). The College Board considers an SAT score of 1550 as the benchmark that indicates a readiness for college-level work. Only 32 percent of white students scored at or above proficient in math, and just 7 percent of black students did. Forty-six percent of white test takers scored proficient in reading, and 17 percent of blacks did. The ACT, another test used for admission to college, produced similar results. The Journal of Blacks in Higher Education reports, in an article titled "A Major Crisis in College Readiness for Black Students," that 34 percent of whites who took the ACT were deemed college-ready in all four areas -- English, mathematics, reading and science. For blacks, it was only 6 percent (http://tinyurl.com/h6x5g8n).

These are significant differences in academic preparation between white and black students. I am sure that the differences give black students feelings of inferiority and being out of place. Black college students across the country have demanded segregated housing and other "safe spaces" on campuses designated for students of color. Students calling for segregated spaces do so because they allege their campuses are oppressive, are discriminatory and represent institutionalized racism. For decades, colleges have purchased peace by creating whole departments of ethnic, diversity and multicultural studies. All too often, these "studies" are about propaganda and not serious education. Plus, they provide students with an opportunity to get an easy A.

The most pervasive form of racial discrimination at most colleges is affirmative action. In the name of helping people from groups that have suffered past discrimination, colleges admit black students whose academic preparation differs significantly with that of their white peers. Those differences are not subtle. It should not come as a surprise that the intended beneficiaries of that "benign" discrimination feel themselves ridiculed, isolated and treated differently. As a result, students who might be successes in a less competitive environment are turned into failures. One faculty member at a historically black college put it this way: "The way we see it, the majority schools are wasting large numbers of good students. They have black students with admissions statistics (that are) very high, tops. But these students wind up majoring in sociology or recreation or get wiped out altogether."

The problem of black education begins long before college. The National Assessment of Educational Progress, known as The Nation's Report Card, shows that nationally in 2015, only 7 percent of black 12th-graders scored proficient in math, and only 17 percent did so in reading. This suggests that the average black 12th-grader has the academic proficiency of a white eighth- or ninth-grader. Consider the following question: If one admits 1,000 randomly selected eighth- and ninth-graders to college and admits 1,000 randomly selected 12th-graders, who do you think is going to come out on top? Who would be surprised if the eighth- and ninth-graders felt inferiority, oppression and insensitivity?

The academic elite feel righteous seeing blacks on campus, even if they are severely mismatched. Black people must ask: Are we going to sacrifice our youngsters so that white liberals can feel good about themselves?