Walter E. Williams
|
Posted: Jun 15, 2016 12:01 AM
Share   Tweet
The opinions expressed by columnists are their own and do not necessarily represent the views of Townhall.com. 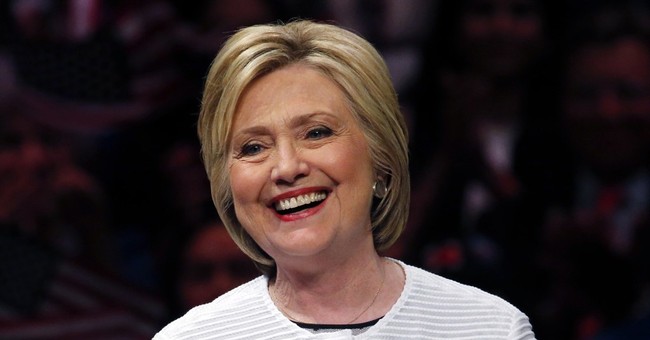 In 2015, lobbyists spent $3.22 billion lobbying Congress. In 2013 and 2014, just 10 chemical companies and allied organizations spent more than $154 million lobbying the federal government. The Center for Responsive Politics in 2013 reported that The Dow Chemical Co. "posted record lobbying expenditures" in 2012, "spending nearly $12 million," and was "on pace to eclipse" that amount. Fourteen labor unions were among the top 25 political campaign contributors between 1989 and 2014.

Many Americans lament the fact that so much money goes to Washington. Let's ask ourselves why corporations, labor unions and other groups spend billions upon billions of dollars on political campaigns, pay hundreds of thousands of dollars for a speech and wine and dine politicians and their staffs. Do you think that these are just civic-minded Americans who want to encourage elected officials to live up to their oath of office to uphold and defend the U.S. Constitution? Do you think that people who spend billions of dollars on politicians just love participating in the political process? If you believe that either one of those notions applies, you're probably a candidate for a straitjacket and padded cell.

A much better explanation for the billions of dollars spent on Washington politicians lies in the awesome growth of government power over business, property, employment and most other areas of our lives. Having such life-and-death power, Washington politicians are in the position to grant favors. The greater their power to grant favors the greater the value of being able to influence Congress. The generic favor sought is to get Congress, under one ruse or another, to grant a privilege or right to one group of Americans that will be denied to another group of Americans. In other words, billions of dollars are spent to get Congress to do things that would be reprehensible and criminal if done privately. Let's look at one tiny representative example among the tens of thousands.

The Fanjuls are among the biggest sugar cane growers in the U.S. Both they and Archer Daniels Midland benefit immensely from reducing the amount of sugar imported to our shores from the Caribbean and elsewhere. As a result of the reduction, they can charge Americans higher prices for sugar, and because of these higher prices, ADM can sell more of its corn syrup sweetener. If they used guns and goons to stop foreign sugar from entering the U.S., they'd wind up in jail. However, if they find ways to persuade congressmen to impose tariffs and quotas on foreign sugar, they get the same result without risking imprisonment. In 2014, the combined lobbying expenditures of the Fanjuls and ADM totaled $2.8 million, and they spent $754,002 in political contributions.

The two most powerful committees of Congress are the House Ways and Means and the Senate Finance committees. Congressmen fight to be on these committees, which are in charge of tax laws. As a result, committee members are besieged with campaign contributions. Why? A tweak here and a tweak there in the tax code can mean millions of dollars to individuals and corporations.

You might ask: What can be done? Campaign finance and lobbying reforms will only change the method of influence-peddling. If Americans would demand that Congress do only what's specifically enumerated in our Constitution, influence-peddling would be much smaller. That's because our Constitution contains no authority for Congress to grant favors or special privileges or give one American the earnings of another American.

Seeing as most Americans do not want a constitutionally bound Congress, I am all too afraid that an observation attributed to Benjamin Franklin is correct: "When the people find that they can vote themselves money, that will herald the end of the republic."