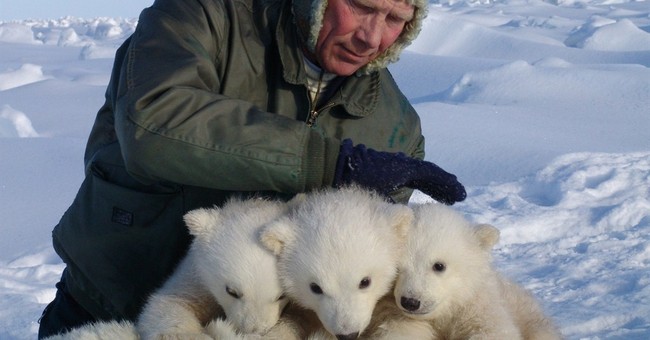 GlobalChange.gov gives the definition of climate change: "Changes in average weather conditions that persist over multiple decades or longer. Climate change encompasses both increases and decreases in temperature, as well as shifts in precipitation, changing risk of certain types of severe weather events, and changes to other features of the climate system." That definition covers all weather phenomena throughout all 4.54 billion years of Earth's existence.

You say, "Williams, that's not what the warmers are talking about. It's the high CO2 levels caused by mankind's industrial activities that are causing the climate change!" There's a problem with that reasoning. Today CO2 concentrations worldwide average about 380 parts per million. This level of CO2 concentration is trivial compared with the concentrations during earlier geologic periods. For example, 460 million years ago, during the Ordovician Period, CO2 concentrations were 4,400 ppm, and temperatures then were about the same as they are today. With such high levels of CO2, at least according to the warmers, the Earth should have been boiling.

Then there are warmer predictions. In the wake of Hurricane Katrina, warmers, such as the Union of Concerned Scientists, made all manner of doomsday predictions about global warming and the increased frequency of hurricanes. According to the Committee for a Constructive Tomorrow, "no Category 3-5 hurricane has struck the United States for a record nine years, and Earth's temperature has not budged for 18 years."

Climate change predictions have been wrong for decades. Let's look at some. At the first Earth Day celebration, in 1969, environmentalist Nigel Calder warned, "The threat of a new ice age must now stand alongside nuclear war as a likely source of wholesale death and misery for mankind." C.C. Wallen of the World Meteorological Organization said, "The cooling since 1940 has been large enough and consistent enough that it will not soon be reversed." In 1968, Professor Paul Ehrlich predicted that there would be a major food shortage in the U.S. and that "in the 1970s and 1980s hundreds of millions of people (would) starve to death." Ehrlich forecasted that 65 million Americans would die of starvation between 1980 and 1989 and that by 1999, the U.S. population would have declined to 22.6 million. Ehrlich's predictions about England were gloomier. He said, "If I were a gambler, I would take even money that England will not exist in the year 2000."

In 1970, Harvard University biologist George Wald predicted, "Civilization will end within 15 or 30 years unless immediate action is taken against problems facing mankind." Sen. Gaylord Nelson, in Look magazine in April 1970, said that by 1995, "somewhere between 75 and 85 percent of all the species of living animals (would) be extinct."

Climate change propaganda is simply a ruse for a socialist agenda. Consider the statements of some environmentalist leaders. Christiana Figueres, the U.N.'s chief climate change official, said that her unelected bureaucrats are undertaking "probably the most difficult task" they have ever given themselves, "which is to intentionally transform the (global) economic development model." In 2010, German economist and Intergovernmental Panel on Climate Change official Ottmar Edenhofer said, "One must say clearly that we redistribute de facto the world's wealth by climate policy." The article in which that interview appeared summarized Edenhofer's views this way: "Climate policy has almost nothing to do anymore with environmental protection. ... The next world climate summit in Cancun is actually an economy summit during which the distribution of the world's resources will be negotiated."

The most disgusting aspect of the climate change debate is the statements by many that it's settled science. There is nothing more anti-scientific than the idea that any science is settled. Very often we find that the half-life of many scientific ideas is about 50 years. For academics to not criticize their colleagues and politicians for suggesting that scientific ideas are not subject to challenge is the height of academic dishonesty.

Trump Responds to Reports Claiming That He Has Conflict with DeSantis
Madeline Leesman
Could We See a Replay of the Afghanistan Evacuation Fiasco in Ukraine Now?
Matt Vespa
Did You Catch What's Bizarre About Fauci's Home Office?
Matt Vespa
CDC Director 'Pivots the Language' on What It Means to be Fully Vaccinated
Katie Pavlich
NPR: We're Standing By Our SCOTUS COVID Story Even Though Everyone Said It Was False
Matt Vespa
SCOTUS Declines to Intervene in Challenge Over Texas Abortion Law
Madeline Leesman