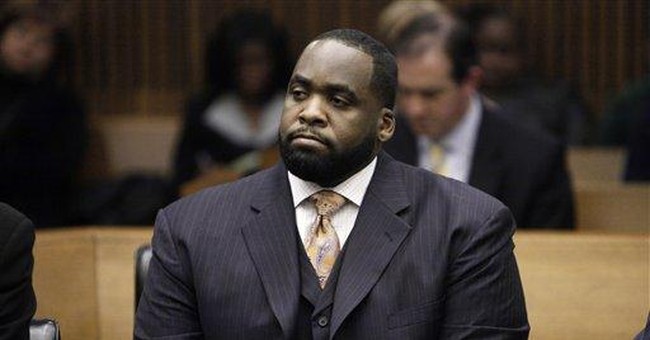 It's not unreasonable to ask how valuable the variously labeled liberal, Democratic or progressive agenda has been to black Americans and whether blacks should proceed in political lock step with this agenda.

The most common characteristic of these cities is that for decades, all of them have been run by Democratic and presumably liberal administrations. Some of them -- such as Detroit, Buffalo, Newark and Philadelphia -- haven't elected a Republican mayor for more than a half-century. What's more is that, in some cases for decades, the mayors of six of these high-poverty cities have been black Americans. You say, "What's the point, Williams?" Let's be clear about it. I'm not stating a causal relationship between poverty and Democratic and/or black political control over a city. What I am saying is that if one is strategizing on how to help poor people, he wants to leave off his list of objectives Democratic and black political control of cities. According to Albert Einstein (attributed), the definition of insanity is "doing the same thing over and over again and expecting different results."

Crime is one of the results of the liberal agenda. Blacks are 13 percent of the population but are more than 50 percent of murder victims. About 95 percent of black homicide victims had a black person as their murderer. Blacks are not only the major victims of murder but also suffer high victimization rates of all categories of serious violent crime. Most often, another black is the perpetrator. During the 1960s, academic liberals and hustling politicians told us that to deal with crime, we had to deal with its "root causes," poverty and discrimination. My colleague Thomas Sowell has pointed out that in 1960, the total number of murders in the United States was lower than in 1950, 1940 and 1930, even though our population had grown and two new states had been added. The liberal agenda, coupled with courts granting criminals new rights, later caused the murder rate to double, and the rates of other violent crimes also began to skyrocket.

Crime imposes a hefty tax on law-abiding residents of black neighborhoods. Residents bear costs of having to shop outside of their neighborhoods; criminals have driven many businesses out. Children can't play safely in front of their homes. Fearing robberies, taxi drivers, including black drivers, often refuse to accept telephone calls for home pickups and frequently pass black customers by on the street. Neighborhood property values are lower as a result of crime. Plus, there's the insult associated with not being able to receive pizza or other deliveries on the same terms as people in other neighborhoods.

Often, politicians who call for law and order are viewed negatively, but poor people, particularly poor black people, are the most dependent on law and order. In the face of high crime, wealthier people can afford to purchase alarms, buy guard dogs, hire guards and, if things get too bad, move to a gated community. These options are not available to poor people. The only protection they have is an orderly society.

Democratic and black politicians are beholden to and serve the interests of the powerful vested interest groups, such as labor unions, teachers unions and assorted liberals, not the ordinary people who voted them into office. Otherwise, they wouldn't begin to allow the rampant crime and nearly systematic destruction of learning opportunities for generations of black children by governmental schools.

None of this is to say that blacks should vote Republican. It is to say that political power doesn't necessarily translate into economic power and well-being for the ordinary citizen.

Tensions High in Minnesota City Where Driver Shot Dead by Police
Townhall
'WE WILL NOT COMPLY': The City of Burbank put up a chain-link fence to keep Tinhorn Flats from opening
Twitchy
Video Shows In a Split Second How Cop Stopping a Car Can Go Very Wrong
Redstate
Trump Vindicated as Judge Rules Michigan Secretary of State Violated Election Laws
PJ Media