Is Disagreement with Obama Racism? 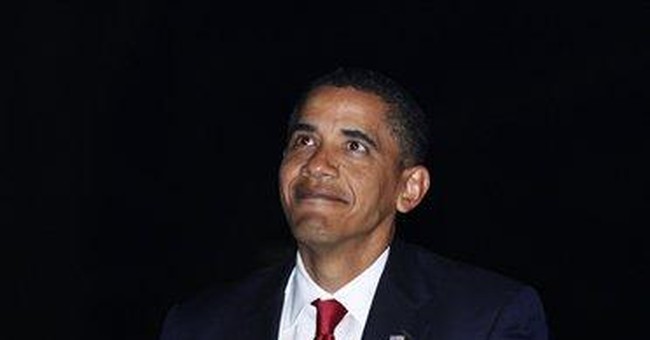 Former president Jimmy Carter said, "I think an overwhelming portion of the intensely demonstrated animosity toward President Barack Obama is based on the fact that he is a black man." That's from a man who earlier referred to Obama as "This black boy" on the Jim Lehrer "News Hour." New York Times social critic Maureen Dowd said, in reference to Rep. Joe Wilson's shouting "Liar" during Obama's address on health care before the joint session of Congress, "Some people just can't believe a black man is president and will never accept it." Washington Post's Howard Kurtz said he "began to suspect that race was a factor for at least some critics when I heard them shouting about 'the Constitution' and 'taking our country back.'" Kurtz asked whether the massive tea parties and other public protests reflect a "distinct discomfort with the country's first black president." House Ways and Means Committee Chairman Charlie Rangel, Rep. Eddie Bernice Johnson, New York Gov. David Paterson, MSNBC's Chris Matthews, and other leftists claim that racism is behind criticism of President Obama.

For these people, it is inconceivable that many Americans are outraged by the president's spending policies, budget deficits, industry takeovers, not to mention the appointment of Czars, a term that ought to be alien and offensive to American values whether used by a Republican or Democratic president.

Obama's presidency is truly a remarkable commentary on the goodness of Americans and how far we've come in resolving matters of race. Obama convincingly won votes in states with insignificant black populations, such as the New England states, Iowa and Minnesota. For the nation as a whole, he managed 53 percent of the popular vote and 365 of the Electoral College votes when he only needed 270 to win. So now Jimmy Carter, Dowd, Rangel and other race-carders want us to believe that the massive discontent with Obama is racism. I say nonsense!

Speaking for the president, Robert Gibbs, White House spokesman, in no uncertain terms said that the president did not think the criticism directed at him and his policies was based on the color of his skin. President Obama refused to answer a reporter who queried him about Carter's comments. When Obama did respond, and much to his credit, he insisted that the "biggest driver" of the vitriol was distrust of government. His response was not only correct but the nation is better off as a result of it. We don't need the kind of divisiveness that would surely arise if Obama himself played the race card.

Race is no longer the problem that it once was. That doesn't mean there are not white and black bigots and that every vestige of racial discrimination has been eliminated. What little racial discrimination remains is nowhere near the insurmountable barrier it once was. For the most part, white bigots are no longer respected among whites and I look forward to the day when black bigots are no longer respected among blacks.

Americans should disavow and not fall prey to the racial rope-a-dope being played on us by the nation's race hustlers.