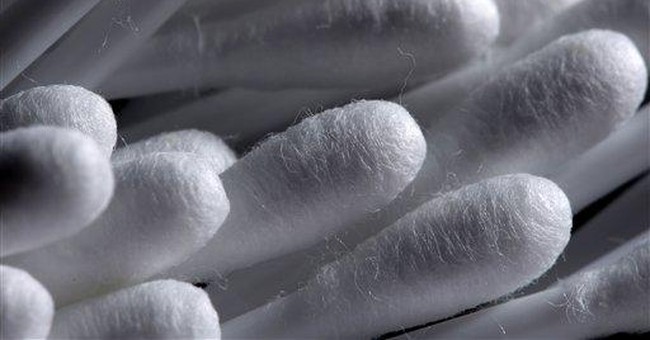 One of the campaign themes this election cycle is "affordable" health care. Shouldn't we ask ourselves whether we want the politicians who brought us the "affordable" housing, that created the current financial debacle, to now deliver us affordable health care? Shouldn't we also ask how things turned out in countries where there is socialized medicine?

The Vancouver, British Columbia-based Fraser Institute's annual publication, "Waiting Your Turn," reports that Canada's median waiting times from a patient's referral by a general practitioner to treatment by a specialist, depending on the procedure, averages from five to 40 weeks. The wait for diagnostics, such as MRI or CT, ranges between four and 28 weeks.

According to Michael Tanner's "The Grass Is Not Always Greener," in Cato Institute's Policy Analysis (March 18, 2008), the Mayo Clinic treats more than 7,000 foreign patients a year, the Cleveland Clinic 5,000, Johns Hopkins Hospital treats 6,000, and one out of three Canadian physicians send a patient to the U.S. for treatment each year. If socialized medicine is so great, why do Canadian physicians send patients to the U.S. and the Canadian government spends over $1 billion each year on health care in our country?

Britain's socialized system is no better. Currently, 750,000 Brits are awaiting hospital admission. Britain's National Health Services hopes to achieve an 18-week maximum wait from general practitioner to treatment, including all diagnostic tests, by the end of 2008. The delay in health care services is not only inconvenient, it's deadly. Both in Britain and Canada, many patients with diseases that are curable at the time of diagnosis become incurable by the time of treatment or patients become too weak for the surgical procedure. British Prime Minister Gordon Brown plans to introduce a "constitution" setting out the rights and responsibilities of its health care system. According to a report in the Telegraph (02/01/2008), "What this (Gordon Brown's plan) seems to amount to in practice are the Government's rights to refuse treatment, and the patient's responsibilities to live up to what the state decides are model standards." That means people who have unhealthy habits such as smoking, heart sufferers who are obese or those who fall ill because of failure to take regular exercise might be refused medical care, even though they pay taxes to support government health care.

Government health care can become ghoulish as reported in a Human Events (1/17/08) article "Gordon Brown Wants Your Organs" written by Susan Easton. As in the U.S., many Brits die while on the waiting list for organ donations. The prime minister has a solution called a "Presumed Consent Scheme." Mrs. Easton says, "If you don't specifically carry a card saying 'leave my corpse alone' -- known as the 'opt out option', or unless one's family is on hand to object, one's remains are considered fair game for an organ harvest festival." Supporters of the scheme argue that what is done with people's organs after their death should not be up to the next of kin. Such a vision differs little from one that holds that after one's death he becomes the property of the state.

Of course, if socialized medicine becomes a reality here, Americans can do as many Brits do. Mrs. Easton says, "more than 70,000 Britons -- known as 'health tourists' -- have gone as far as India, Malaysia and South Africa for major operations. This figure is expected to rise to almost 200,000 by the end of the decade."

We have health care problems in the U.S. but it's not because ours is a free market system of health care delivery. Well over 50 percent of all health care expenditures are made by government. Where government spends, government regulates. It's truly amazing that Americans who are dissatisfied with the current level of socialized medicine in the U.S. are asking for more of what created the problem in the first place. Anyone thinking that an American version of socialized health care will differ from that found in Canada, Britain, Sweden, France and elsewhere are whistling Dixie.