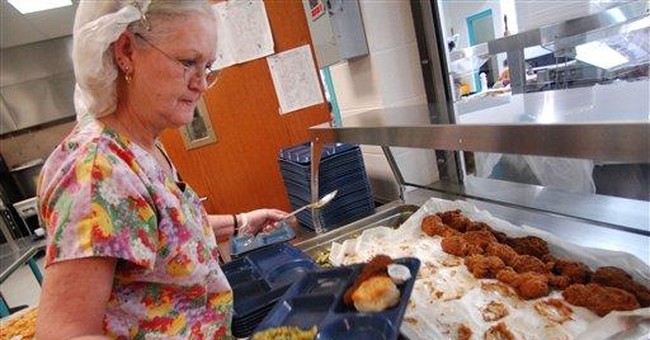 A fortnight ago, I wrote about Mississippi Legislature House Bill 282 that would have imposed fines or revoked licenses of food establishments that served obese people. Fortunately, the measure died in committee. State Rep. Ted Mayhall, one of the bill's sponsors, justified it by saying that he wanted to bring attention to the fact that "Obesity makes people more susceptible to diabetes, which puts a further strain on the state's financially-challenged Medicaid program."

His sentiments were expressed by quite a few readers who didn't necessarily support such a measure but opined that if a particular behavior or lifestyle imposed costs on others through tax-supported health care, the government had a right to intercede.

You say, "Death! Aren't you exaggerating, Williams?" Say he tells the agents of Congress that he'll pay his share of the constitutionally mandated functions of government but refuse to pay the health costs of a sick obese person or a cyclist who becomes a vegetable, what do you think the likely course of events will be? First, he'd be threatened with fines, imprisonment or property confiscation. Refusal to give in to these government sanctions would ultimately lead to his being shot by the agents of Congress.

Forcing one person to bear the burden of health care costs for another is not only a moral question but a major threat to personal liberty. Think about all the behaviors and lifestyles that can lead to illness and increase the burden on taxpayers. A daily salt intake exceeding 6 grams can lead to hypertension. A high-fat diet and high alcohol intake can also lead to diabetes. A sedentary lifestyle can lead to several costly diseases such as hypertension, diabetes and heart failure.

There are many other behaviors that lead to a greater health care burden, but my question is how much control over your life you are willing to give government in the name of reducing these costs? Would you want government to regulate how much salt you use? What about government deciding how much fat and alcohol you consume? There are immense beneficial health effects of a daily 30-minute aerobic exercise. Would you support government-mandated exercise?

You might argue that it's none of government's business how much fat, salt or alcohol a person consumes, even if it has adverse health care cost implications. I'd ask: Wouldn't the same reasoning apply to helmet laws and proposed obesity laws? Last year, The Child Nutrition Promotion and School Lunch Protection Act was introduced in Congress. It's a measure to prevent schools from serving "junk foods" such as pizza, burgers and French fries. If the government protects children from "unhealthy" meals at school, would you want government to also protect them from unhealthy meals at home?

When I was 14 or 15 years old, smelling myself, I thought I could take over the house. My mother told me that as long as she was paying the bills, I was going to do what she said. That's great for a parent/child relationship, but do we want the same relationship between government and its citizens?