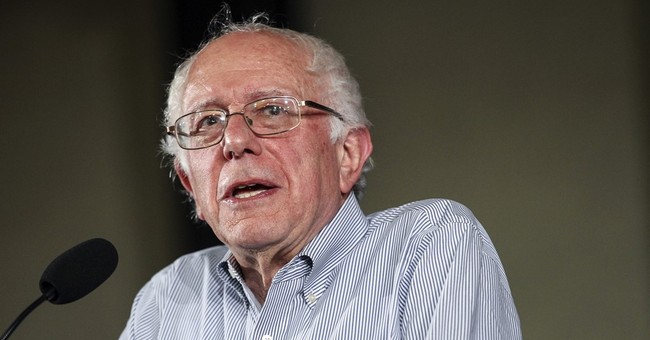 The American public is feeling ornery.

Once again, the elite political class wants to give voters a choice between a Clinton and a Bush. But this time around, people are looking for someone different.

Two populist candidates have been hoisted up by the public in both the Republican and Democrat fields. Each crying out for more change than the frontrunners.

Those two candidates’ ideals couldn’t be further apart. But Donald Trump and Bernie Sanders are working the same strategy.

To me, Sanders and Trump are simply two sides of the same populist coin.

The Republican elite keeps predicting Trump’s demise after each insensitive statement. Yet he continues to remain popular, riding issues such as immigration and fearlessly talking about politically incorrect subjects.

The Democrat elite are agape as Sanders, the self-declared “democratic socialist,” continues outdrawing Hillary Clinton at rallies while he points the finger at Wall Street and other “villains” for pulling our country down.

In fact, Sanders is drawing crowds of 20,000 to 30,000 people around the country. Some pundits even compare Sanders’ rallies to the early days of the Obama grassroots campaign.

Meanwhile, Clinton tops out at about 5,000. Most attendees are probably just trying to stay awake, as are those at Bush rallies.

As Philip Rucker ofThe Washington Postsaid about Trump and Sanders' popularity, “The surging candidacies… are fueled by people's anger with the status quo and desire for authenticity in political leaders.”

With both Sanders and Trump, you get plain talkers who don't care much about political correctness. Traits that Americans seem desperate for.

The force behind the populist wave is, of course, the same engine that powers every aspect of our country – the economy.

This economic recovery, if you can even call it that, is the worst on record since World War II.

The perception is that the recession was caused by the Wall Street elite, who were then bailed out and have enjoyed years of prosperity since.

But Main Street feels left behind – unemployed, underemployed, and struggling to make ends meet. That inflames both the left and the right - Occupy Wall Street and the Tea Party both want to be financially secure.

Thus, many feel the political class has completely failed them.

Populism is nothing new in the United States. Back in the 19th century, Mary Elizabeth Lease’s Populist Party campaign harped on the slogan “Wall Street owns the country.” She railed against the business elite making average Americans “wage slaves.”

Sanders' campaign reminds me of Ecclesiastes 1:9 – “There is nothing new under the sun.”

So, will the populist streak in the American electorate continue or will it fade as it always has?

Historically, the off-the-radar candidates do lose steam as the election draws nearer. In 2004, Howard Dean seemed to be the man for the Democrats. But John Kerry ended up as the candidate. In 2012, Republicans first liked Michele Bachmann, then Herman Cain, and then even Newt Gingrich. But the candidate ended up being Mitt Romney.

Perhaps the populist candidates succumb to the constant push of the well-funded political elite and their allies in the media. Or it could be that the American people decide it’s better to go with the devil they know.

I would love to see Trump and Sanders face off in the election. (What theatre it would be!)

But we will probably end up with Clinton versus Bush, or some other so-called “safe” Republican candidate.

Tim Maverick boasts decades of experience in the investment world. He spent 20 years at a major brokerage firm as a trading supervisor and broker working directly with clients. He also wrote the daily market update for the firm’s Mid-Atlantic Region. Tim has been writing for financial publications for the past 10 years. Before joining Wall Street Daily, he wrote for Tim Seymour's (CNBC) Emerging Money, Tom Lydon's ETF Trends, Commodity HQ, Money Morning, Investment U, and Wyatt Investment Research. With Tim's experience working with retail investors, he's particularly adept at helping everyday investors understand the financial markets. Follow Tim on twitter@TimMaverickWSD.